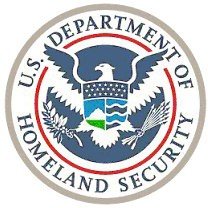 In the first century AD, the Roman Empire was up to its eyeballs in domestic terrorism.

The biggest threat was a tiny Judaic sect known as the Zealots who routinely conducted public attacks, even against other Jews who didn’t agree with their views.

This is actually where the word ‘zealot’ comes from, and the group constitutes history’s first recorded example of terrorism.

The Zealots knew they could never defeat such a vast Empire… at least, not conventionally.

Instead, their chosen tactic was to create chaos and fear. And for a while they were successful.

Rome finally put down the threat in 74 AD with the siege of Masada. But the idea caught on, and ‘terrorism’ has been with us ever since.

Just in recent days, attacks on civilians have been attempted and/or carried out in Greece, the Philippines, Turkey, Kenya, Taiwan, Iraq, Kosovo, Thailand, Mali, Syria, India, Israel, Nigeria, and the United States.

Here in Indonesia they know a thing or two about domestic terrorism. Over the years, all sorts of religious extremists and separatists waged campaigns in the country.

To draw worldwide attention to their causes, they often conducted attacks specifically against Westerners.

As an example, the JW Marriott Hotel here in Jakarta has been targeted not once, not twice, but three times. Curiously they still have one of the best breakfast buffets in the world…

So what did the Indonesian government do? Why, destroy people’s civil liberties, of course!

Detachment 88 is Indonesia’s special anti-terrorism task force. And go figure, they’re funded by the US government, trained by the CIA, and assisted by US intelligence officers to monitor people’s emails, text messages, and phone calls… all under the auspices of ‘security’.

After 10-years, suicide bombings are now on the decline, and the government is crediting the measures they’ve implemented. But this view ignores two obvious points:

1) Indonesia’s economy is in remarkably better shape than it was years ago. Tens of millions of people are being lifted into the middle class and seeing their standards of living improve dramatically.

It’s amazing what a bit of prosperity can do; it doesn’t take much for a young person to realize that having some money and freedom is a better deal than railing against the man and blowing yourself up.

(As an aside, these 50%+ youth unemployment rates in Europe are an epic disaster waiting to happen…)

2) Benjamin Franklin is often quoted as saying that “[t]hose who would give up essential Liberty, to purchase a little temporary Safety, deserve neither Liberty nor Safety.”

And he did write this, in a letter to the Governor of Pensylvania in 1755. The statement was made in reference to colonists on the frontier who were in danger.

As usual, the state was getting involved… at a high cost.

Constant security, paramilitarism, and steady erosion of freedom constitute an enormous price to pay for a false sense of safety against bad people.

Franklin knew this. Let’s just hope that good people heed his wisdom… and have the same respect for liberty as the frontier colonists he wrote about.