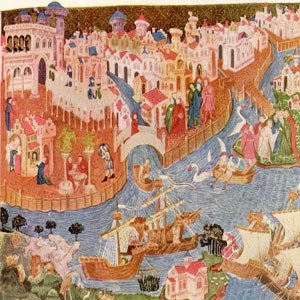 In the 15th century, the highest standard of living in the world belonged to China…

Across the globe, Europeans were living out short, mud-filled, brutish lives in squalid poverty, dying off by the thousands from the bubonic plague. They were practically Neanderthals compared to the Chinese, and explorers like Marco Polo wrote fanciful tales of wealth and opulence in the east.

If you had told a Chinese merchant at the time that, over the course of the next several hundred years, global primacy would shift to Europe (and a relatively unknown American continent), you would have been laughed at. It was simply unthinkable given how advanced China was over the west. 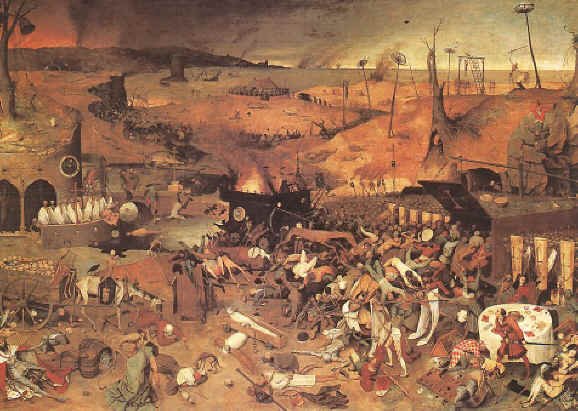 Ironically, the tables are turning yet again, and its driven by a number of factors.

At the tail end of World War II, a new global financial system was concocted that was heavily biased to disproportionately benefit the United States. Over the subsequent decades, foreign countries would obligingly mop up US government largess and finance out of control retail consumption.

It got to the point where people felt it was a natural right of Americans to have huge homes, cheap gas, and oodles of junk, as well as a government that could buy anything it wanted without giving a second thought to fiscal discipline. Much of this was made possible at the expense of peasant workers overseas.

For years, they imported US inflation and suffered a tremendous disparity in standard of living, all because of how the global financial system was set up. This system, based on the United States as the center of the economic universe, is now completely fractured, and it’s the biggest game changer in centuries.

Is it possible that such a force can be stopped or reversed? Highly unlikely.

These huge sea changes in the global order happen slowly, like titanic ships changing course in a tight canal. The initial seeds of change were planted decades ago when the US began running consistent budget deficits in the early 1960s, and even before that when the Federal Reserve Act was passed in 1913 (which forever corrupted the nation’s money supply).

The negative momentum has been building for an exceptionally long time. Today’s debt, inflation, and unemployment crises are merely the latest symptoms of a cancer that has been growing for decades.

In total objectivity, the patient is beyond cure at this point… and the math is quite simple.

The US debt situation is already very precarious, and even the government’s own budget shows continued deficits for years and years to come. Undoubtedly, this represents some level of risk for the nation’s creditors, and market participants will require a greater return on investment in order to justify the risk of loaning money to the US government.

Nations typically enter this vicious cycle once they start having to borrow money just to pay interest on what they already owe. The US is already way past this point.

If you study US financial conditions, you’ll see that mandatory entitlement programs like Social Security and Medicare soak up over 75% of all federal tax revenue collected. That’s before paying a penny in interest on the debt. The rest of the budget constitutes several trillion dollars in other expenses like genital-groping TSA agents.

As such, given the current budget just for the sacrosanct areas like defense and senior benefits, tax revenue falls over $400 billion short. America has to borrow to pay its interest expense.

Is it possible for a white knight to come riding in and slash spending by the necessary (and brutal) 50%++ just to break even? Possible, but extremely unlikely without granting him/her dictatorial powers. Getting a majority of 435 members of Congress to sign up for such painful political consequences is dubious at best.

Even still, such cuts would just be enough to break even. In order to actually make progress on paying down the debt, one would have to make even steeper cuts… and that’s just at today’s levels. The debt grows worse by the day, as do useless ‘economic recovery’ spending measures.

As such, borrowing costs are set to rise, causing the budget deficit to spiral out of control towards an eventual default.

Since so much of the global financial system is based on the US treasury market, this will set off a chain reaction of bank defaults and commercial bankruptcies, not to mention trigger a wave of credit default swap and other derivative obligations to the tune of several trillion dollars.

The other (more likely) possibility is that the Federal Reserve will continue to finance the deficit by conjuring additional money supply out of thin air, eventually leading to a loss of confidence in the dollar as a reasonable store of value.

The only reason this hasn’t happened already is because there is no viable alternative yet, however there are clear signs that investors and foreign governments are scrambling for a quick solution. Smaller alternatives like the Swiss franc, Singapore dollar, and gold are all at record highs.

Barring a benevolent dictator or some kind of miracle, this situation is unstoppable and irreversible until the next cycle of the global pecking order turns the tables once again.

I’d like to hear from you about this– do you think the problems in the existing system are fixable without a complete reset in the way the world works?