Is the Iraqi dinar for real? Find out for yourself…

After a week away, I’m really happy to be back down on the farm in Chile. This is one of the most peaceful places I’ve ever been on the planet… and each day, it’s becoming more and more a place where all of the fiat bubble kleptocratic nonsense doesn’t matter in the least. 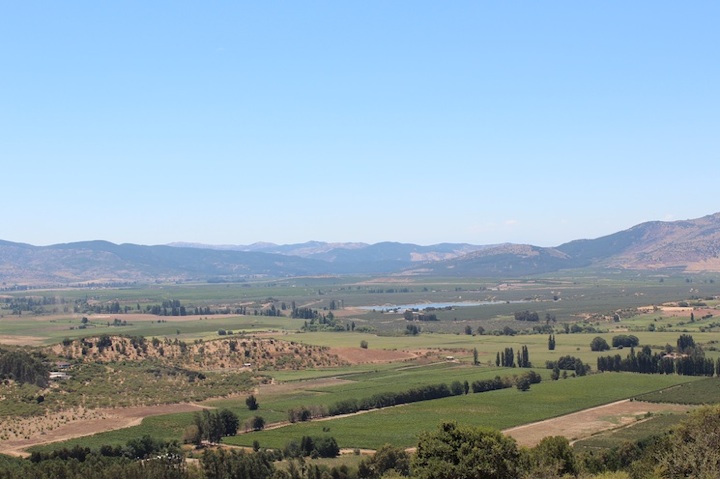 Central bankers can print all they want, politicians can bicker and spend all they want… down here, it really doesn’t matter. I have more food and water than thousands of people could ever consume, and enough renewable energy resources to power a small city.

More on that soon, let’s move on to this week’s questions. First, Frank asks, “Simon, I know you gave a rare public appearance in the Bahamas earlier this week; can you tell us what your speech was about?”

Sure. BFI Capital Group held an intimate private briefing earlier this week, and they asked me to give the keynote address.  While I almost always turn down speaking requests, I’m glad I made this exception; there were a number of Sovereign Man subscribers in the room, and it was a real pleasure to meet face to face.

As for my remarks, I explained to the audience that what’s happening right now in the west is not new. This is not some apocalyptic, end of the world scenario– imperial collapse has been happening for millenia, from the Macedonians to the Mongolians to the Ming Dynasty.

Empires are born. They rise. They peak. They decline. And they collapse. Big deal. The same thing is happening in the west right now– it’s not new, and we’re not special.

The larger point, is that rational, thinking people need to acknowledge this reality and understand the lessons from history. Collapse of empire is seldom smooth or peaceful. I encouraged everyone in the room to take rational steps based on measured outcomes… and avoid emotional reactions based on fear.

Fortunately there are plenty of good news stories in the world and a multitude of really exciting opportunities. Then we walked through some of my own steps that I’m taking, or have taken… including multiple passports, foreign accounts, and the farm down here in Chile.

I’ll be putting together a video on the topic soon to explain more.

Next, Sarah asks, “Simon, I listened to your recent teleconference about Mongolia banking and brokerages… very insightful, and it seems like a land of real opportunity! My question, though, is about inflation. I’ve read that inflation in Mongolia is quite high. Doesn’t that make the local currency a poor choice to hold?”

Mongolia is definitely a land of tremendous opportunity, and in our recent teleconference, we explained to members a number of different ways to stake your claim in the country, including by opening a bank account there.

As we’ve discussed before, Mongolian bank accounts denominated in the local currency (tugrik) yield up to 14% or more for short-term deposits. In a world full of 0% yields, this is an extraordinary rate.

That being said, there is no asset class or instrument on this planet that carries zero risk and is on a one-way elevator ride up. Is it possible that the tugrik will depreciate against the US dollar?

Certainly. And in the short-term, it’s impossible to predict what will happen. But when you look at the fundamentals, the long-term picture looks very bright.

The biggest thing to keep in mind is that the Mongolian currency is in tight supply, especially compared to dollars, euros, and renminbi. The tugrik market is tiny… and that generally keep speculators away. There is no Goldman Sachs trading desk in Ulan Bator (at least, not yet) speculating writing huge contracts worth hundreds of billions of dollars.

It also means that, as a nation with unimaginable resource wealth and export potential, the relative demand for the Mongolian currency will be extremely high relative to other major currencies.

The tens of billions of dollars flowing into the country should continue to put upward pressure on the currency, and this means a lot more to the tugrik’s trajectory than how much the price of lettuce went up last year.

I have no doubt that Mongolian politicians and central bankers will play games with their money supply just like every other country in the world. But given the absurd amount of resource wealth in Mongolia, it seems implausible that they could screw the tugrik up too badly in the long run.

Ultimately, as with most things in finance these days, it will also depend on Ben Bernanke. If he keeps easing and printing, tangible assets (or paper tied to tangible assets) will likely appreciate. That includes the tugrik, which will become one of the world’s staple commodity currencies down the road.

Next, keeping in line with the currency theme, Mark asks, “Simon, what are your thoughts on the Iraqi Dinar? I have a chance to purchase $3,000,000 worth of dinar for approximately $4,000 USD. Would this be a prudent investment? Thank you for your input, and keep up the great work.”

Are they selling a bridge too?

Look, I know this is a really touchy subject for some folks… there’s a religious fascination with the Iraqi dinar these days. The prevailing rumor is that the Iraqi central bank is going to revalue the dinar 1:1 to the US dollar, making instant millionaires out of anyone holding the old currency.

This is a get rich quick scheme, nothing more. If you have any doubts, I encourage you to take a trip to rural Iraq and spend time with the locals there. They’ll happily sell you their dinars for hard currency. Are they all fools, trading in future millions for a few measly bucks? Or simply realists who recognize a good scam when they see it?

Decide for yourself. But at least do the research.

[Hypothetically, even if anyone holding dinars does become unimaginably wealthy, I should point out that US taxpayers who realize a profit on physical currency get taxed at ordinary rates, not on long-term capital gains. See IRC section 988 for more.]

Last, Chuck asks, “Simon, out of curiosity, do they show NFL games in Chile?”

You bet. In fact I had a bunch of friends over to my home in Santiago a few weeks ago to watch the NFC championship game over pizza and beer. We may do a repeat this Sunday.