It starts: the government’s plan to steal your money. 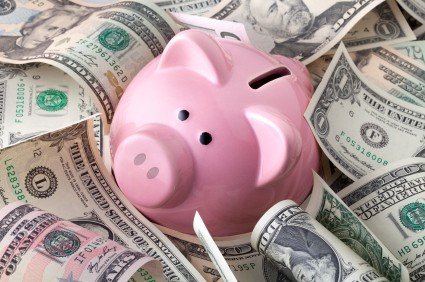 There are consequences to being flat broke.

There are consequences to investing any level of confidence in a financial system underpinned by debt and the creation of paper currency.

There are consequences for ignoring reality and pretending that everything is normal.

This is one of them: European officials yesterday flat out admitted that they were discussing rolling out a series of harsh capital controls across the continent, including bank withdrawal limits and closing down Europe’s borderless Schengen area.

Some of these measures have already been implemented sporadically; customers of Italian bank BNI, for example, were all frozen out of their accounts starting May 31st upon the recommendation and approval of Italy’s bank regulator. No ATM withdrawls, no bill payments, nothing. Just locked out overnight.

In Greece, the government has taken to simply pulling funds directly out of its citizens’ bank accounts; anyone suspected of being a tax cheat (with a very loose interpretation in the sole discretion of the government) is being releived of their funds without so much as administrative notification.

It’s no wonder why, according to the Greek daily paper Kathimerini, over $125 million per day is fleeing the Greek banking system.

European political leaders aim to put a tourniquet on this wound in the worst possible way.

So what are capital controls?

Simply, capital controls are policies which restrict the free flow of capital into, out of, through, and within a nation’s borders. They can take a variety of forms, including:

Establishing capital controls is one of the worst forms of theft that a government can impose. It traps people’s hard earned savings and their future income within a nation’s borders.

This trapped pool of capital allows the government to transfer wealth from the people to their own coffers through excessive taxation or rampant inflation… both of which soon follow.

The thing about capital controls is that they’re like airine baggage fees; ultimately, all governments want to do it, they’re just waiting on the first guy to impose them so that they can shrug their shoulders, stick it to the people, and blame ‘industry standards’.

Moreover, capital controls were a normal part of the global economic landscape for most of the 20th century, right up to the 1970s. It’s been a long time coming for governments to return to that model.

Since the inception of this letter, it has been a constant theme for us to talk about the increasing threat of capital controls. Your money, your savings, your livelihood are all under attack by insolvent governments, and it’s critical to take steps to reduce your exposure.

When European financial leaders all openly admit that they’re making plans to establish continent-wide capital controls, it really begs the question– what additional warning sign does one need?

The dominos have already started falling. Iceland. Ireland. Greece. Spain. Portugal. Italy. Cyprus. Soon even France and the rest of Europe. And it will come to the United States as well. There are over 15 trillion reasons why.

So what are the most critical steps to take now?

1) Buy precious metals and store in a secure jurisdiction.

Holding gold and silver overseas is a great way to (a) ensure your savings is protected against inflation, and (b) ensure that your precious metals cannot be confiscated in the event that gold ownership is criminalized in your home country.

I strongly recommend Singapore, Hong Kong, and Abu Dhabi as three potential safe jurisdictions for your gold and silver.

For funds that need to be maintained within the financial system (as opposed to precious metals), make sure you have a safe home for your money abroad in a safe, well-capitalized bank.

3) Have a place to go overseas

Economic turmoil brought on by governments stealing people’s savings generally goes not bode well for social stability. If things get hairy, you’ll want to have a place to wait it out. And you don’t want to be deciding on the location while you’re packing your bags.

As an example, I’ve picked up an 1100-acre farm in central Chile that won’t skip a beat when the financial system implodes. The sovereign debt bubble does not affect whether or not my trees will bear fruit or my vegetables will grow.