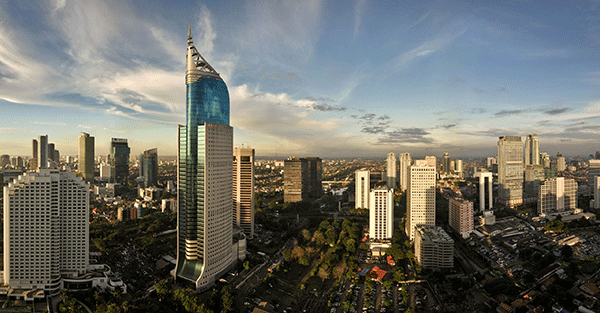 Whoever said “it’s a small world” never flew across the Pacific.

The flight from Santiago to Sydney is a mind-numbing 14 hours. And then it’s another 8 to Jakarta. Yet along the way are vast stretches of civilizations, resources, and amazing opportunities.

No, the world is a wonderfully massive place. And after a few months’ hiatus, it’s great to finally be back out here again.

Long-time readers know that my normal travel schedule typically takes me to more than 40-countries in a year to check out unique business, investment, and lifestyle opportunities for you.

Yet for the last few months I stopped traveling and hunkered down in Chile planning for the Workshop we held earlier this month.

It took a lot of work to pull off the event and bring such figures as Ron Paul, Jim Rogers, Nigel Farage, and Jim Rickards to Santiago. But it was well worth it.

Now that the workshop is over, though, I’m pleased to be back on the road collecting boots on the ground intelligence for you. And one of the places you ought to know about is Indonesia.

It’s amazing how much this country has changed just since I was here 18-months ago.

In part due to its tremendous resource wealth and enormous population exceeding 250 million, Indonesia is emerging as one of Asia’s most exciting economies. In some ways, it’s in a similar position that China was in 20 years ago.

Because Indonesian wages are so much lower that in China, for example, many of the low-skill manufacturing jobs that generated such prodigious growth in China are now flowing into Indonesia.

Moreover, a vast middle class of tens of millions of high-income professionals, managers, and entrepreneurs is rapidly developing as Indonesians rise through the ranks of their own economy.

(I was happy to see that we even received a few applications from Indonesian students for our upcoming entrepreneurship camp this summer.)

It’s easy to see the results of this economic boom. Indonesia has become one of the region’s most dynamic consumer markets.

People shop. They buy cars, clothes, and smartphones. They enjoy overpriced coffee. They party it up at night. (And on that note, I should mention that Jakarta has a really great nightlife, one of the better-kept secrets in Asia…)

And as so many goods are produced right here in Indonesia, prices are low… often rock bottom. The cost of living here is absurdly cheap compared to just about anywhere else in the world.

Further, the stock market is one of the best performing in Asia, up 17% this year. I’m personally one to invest when things are in the gutter, so instead I’m looking at the Indonesian currency (rupiah), which is currently near a multi-year low.