Lessons from the Wild

For the last week or so, I’ve had the good fortune to be out in the jungles and savannah brush of southern Africa. If you look up “the middle of nowhere” in Google maps, you’ll probably find where I’ve been. In fact, when I took a small plane from Botswana’s Okavango Delta yesterday, we flew for 124 minutes before I saw so much as a paved road.

Here in the birthplace of life itself, you can learn a great deal about humankind by watching animals in the wild. Nature is full of lessons about from whence we came, and to where we are going.

This trip has provided unbelievable opportunity for me to reinforce many of these lessons, and I’d like to share a few with you.

First, and most importantly, is the indomitable rise of humankind. It goes without saying that we are the most advanced, adaptable species on the planet. Humans stood up millions of years ago to defy harsh elements and even harsher predators.

Our prehistoric ancestors learned to talk. To write.  To heal. To cultivate. To build vast civilizations. Devoid of any natural defense mechanisms, offensive capabilities, or significant size, strength or speed, human beings conquered the world against all odds on sheer ingenuity.

Fast forward to modern day. We’ve managed to get ourselves into dangerous straits. The fortunes of nearly every man, woman, and child on the planet are inextricably tied to a bogus financial system that is crumbling before our very eyes.

Governments are reacting with policy tools and spending programs that only exacerbate the pain, putting billions of people’s livelihoods at risk. Add to that resource shortages, overpopulation, and waves of political instability, and I’d say the next several years will be quite difficult for our species.

Entire nations will go bankrupt. Others will simply cease to exist. Others will go to war. Others will descend into criminality and social chaos driven by lack of economic opportunity.  And still others will regress into the worst kind of authoritarian regimes.

As difficult as the economic end game may seem, though, humanity has faced overwhelming odds before, and I have no doubt in our ability to adapt and overcome. This is more of a transition period… a major turning point in human history that will lead to a renewed system and brighter days ahead.

In the 14th century when the Black Death was vanquishing populations by the million across Europe, few people probably saw the Renaissance coming… but it happened.  Humanity suffered a major blow, started again, and ultimately flourished. 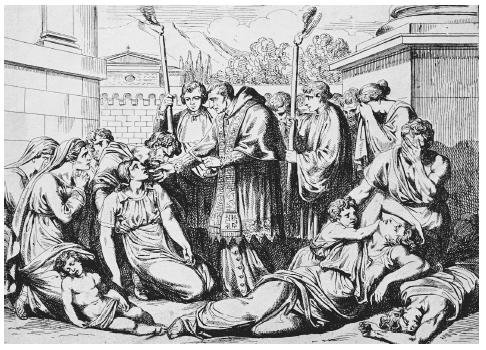 This is another important lesson from nature: you’re either one of those who adapts, or you’re one of those who will perish. It’s that easy. Nature doesn’t play favorites, it simply separates those who are unprepared from the rest of the ecosystem.

The face of human civilization is transforming, and nobody knows what’s going to happen in the coming years with any certainty. All we can say for sure is that it’s not going to look anything like it does today.

Personally, I want to be prepared for anything, and that’s why I’m investing my time, money, and energy into our resilient community project in central Chile.

The idea behind the community is that it generates its own food, water, and energy, with enough capacity to supply the strong, thriving network of like-minded folks who live there… and then some.

This isn’t some survival bunker where we go off into the wilderness and bid adieu to the rest of the world. No, this is a community that’s specifically designed to meet the most basic needs of its residents. As such, no matter what happens, we’ll be able to deal with the world from a position of strength.

That’s how I’m preparing. What about you? I’d love to hear your thoughts about what you think is coming down the road, and what you’re doing about it.