More lies about your taxes… 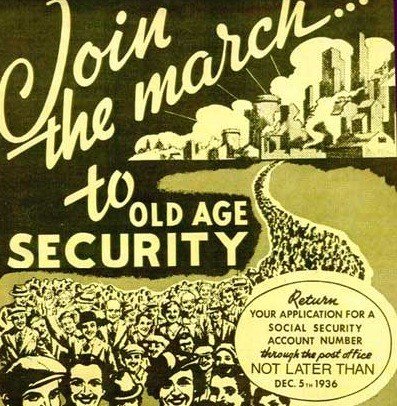 In 1936, the US government began circulating a series of pamphlets to explain its brand new Social Security program, plus the associated taxes. Initially, the Social Security tax was set at 2%. The government promised it would rise to 3% in 1949, with no additional increases EVER:

Politicians routinely make bold promises about tax policy… and they almost always end up being lies. Raising taxes, i.e. plundering the wealth of citizens, is one of the oldest tactics in the playbook for insolvent governments, and you can be 100% certain that your taxes will increase despite any promises to the contrary.

Yet over the decades, tax rates have been all over the board… from 0% to over 90%! Plus variations in corporate profits tax, payroll tax, estate tax, capital gains tax, dividend tax, and (for the Brits) VAT.

On January 1, 2013, the US government will impose what my tax attorney calls the biggest tax increase in the history of the world. And some of the rate increases are simply extraordinary.

The estate tax exemption, for instance, is being slashed by EIGHTY PERCENT! And the amount that the Obama administration will tax the rest of your estate will increase to a whopping 55%!

Moreover, dividend tax rates are set to rise from 15% to as high as 43.4%. This affects not only US taxpayers, but everyone on the planet who invests in the US stock market.

Remember Finance 101– the price of a stock is theoretically the present value of discounted future cash flows. In English, this means that share prices should rise and fall based on the market’s expectations about future earnings… and over the long run, future dividends.

As a result of this tax policy, many investorswho own shares in US companies will now see their after-tax dividends slashed by 33%. And since their investment returns are falling so dramatically, it stands to reason that the investments themselves become less valuable.

This is putting a lot of downward pressure on stock prices, affecting almost everyone who currently owns US shares– pension funds and retirement accounts, rich and middle class, US and non-US citizens alike. It’s as if the US government is hanging a sign over the country saying “PLEASE DO NOT INVEST HERE.” It’s genius.

All of this because a handful of morally bankrupt individuals who run financially bankrupt governments fail to understand simple truths about tax policy.

Bear this in mind over the next few weeks, because many new taxes will take effect on January 1st, and it’s imperative to take defensive action first. I strongly recommend consulting with your tax advisor as soon as possible.