Phil Mickelson and Glenn Beck get it 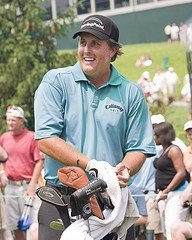 The world learned on Sunday that PGA all-star Phil Mickelson is considering ‘drastic personal changes’ thanks to the pitiful direction of America’s tax policy. According to Mickelson:

“If you add up all the federal and you look at the disability and the unemployment and the Social Security and state, my tax rate is 62, 63 percent. So I’ve got to make some decisions on what to do.”

Though politicians never understand, it’s obvious to the rest of us: everyone has a breaking point. When governments continue pushing, continue bleeding, and continue eroding freedom, people start hitting their breaking points. Apparently Phil has reached his.

So, it seems, has Glenn Beck. The popular media personality has recently announced that he is planning a $2 billion libertarian community somewhere in Texas that will generate its own power and grow its own food.

Beck sees the writing on the wall with respect to inflation, police state tactics, and erosion of freedom. He understands the West is full of corrupt politicians who are driving their countries into the ground… and of dim-witted citizens who believe they cannot exist without the government’s continued support. “Take our guns! Bail us out! Give us healthcare!”

The conclusion is simple. When you no longer share any core values with your neighbors, it’s time to get new neighbors.

Of course, we’ve been talking about this concept for years at Sovereign Man… and have actually done it. I’m penning this message to you from our own ‘resilient community’, nestled in the gorgeous vistas and Mediterranean climate of central Chile.

Here, we make our own biodiesel and electricity. We grow our own livestock and food, then export a massive surplus to turn a very healthy profit. We have our own security and fire suppression. We have multiple, ample sources of fresh water. Plus strong Internet.

And we’re doing this in a place where freedom actually means something. Here, the government leaves you alone to act as a responsible adult. The police are actually respectful and honest. The banks are both sound and solvent. The economy is booming based on actual fundamentals as opposed to monetary inflation. In Chile, optimism abounds.

There are clearly huge vulnerabilities in the financial system. Central bankers are printing currency by the trillion, and governments are teetering on default. 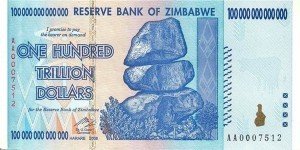 These are not small issues… and if/when real turmoil happens, I don’t want to be anywhere near it. Nor do I want to be dependent on the system when that happens.

The way I designed this, though, our community makes sense no matter what. If tough times hit, we’ll be completely self-sufficient down here and won’t skip a beat. Yet if nothing bad ever happens, we won’t be worse off for having a highly productive agricultural operation in a thriving economy.

This project has also transformed my concept of prosperity. When I walk among organic fruit trees in the orchard, or crack morning eggs from free-range chickens, it’s difficult to define ‘wealth’ as pieces of paper in a government-regulated bank account.

Sure, money’s great. And we all need some. But it is not an ‘end’ in and of itself.

If this concept strikes a chord, you can sign up here to receive periodic updates about what we’re doing; I’ll soon be launching a second project to help even more people find freedom and self-sufficiency among like-minded people, and you’ll be the first to know.