Practical advice Friday: The easiest step you can take to regain your privacy 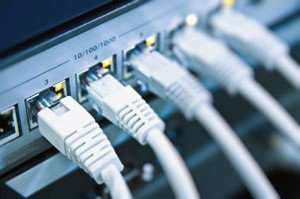 One major assault against liberty over the last two years has been the steady erosion of online privacy. From Obama’s ‘kill switch’, to ACTA, SOPA and PIPA, to stasi tactics against people like Kim Dotcom, hardly a month goes by without some major action against Internet users.

Perhaps the biggest looming threat to our online privacy is the yet-to-be-completed NSA data-centre, located in the middle of the Utah desert. We’ve discussed this many times before, and in case you’re not familiar, I recommend checking out this excellent report from Wired magazine.

Bottom line, people won’t be able to utter a single word or bit of data anymore, anywhere in the world, without it being monitored and stored by Uncle Sam.

This data-centre truly is the end of online privacy. At least, for those who care.

Some people believe that since they’re doing nothing ‘wrong’, then monitoring is OK. This is the ‘nothing to hide, nothing to fear’ argument. It’s total BS. Privacy is a right, not a privilege. No possible argument justifies government monitoring.

Even still, the faux justice system is littered with innocent people who have had their own data wrongfully acquired and used against them. Taking basic steps to safeguard your communications simply makes sense– no matter what.

Enter Phil Zimmerman. If you’ve never heard of Zimmerman, you may have heard of PGP, his most famous invention. Short for ‘Pretty Good Privacy,’ PGP is the most widely used encryption software in the world.

PGP is so good that when it was first invented, the US government considered it a military-grade weapon… and they spent years trying to pin criminal charges on Zimmerman for violating the Arms Export Control Act.

The investigation was ultimately dropped, and Zimmerman sold out to Network Associates in 1997.

In the face of such blatant online threats today, Zimmerman has formed a new security company, Silent Circle. Their products provides the highest encryption for your communications– phone, text, email, even video chat.

Moreover the technology is designed so that only YOU have the decryption key. Even if the government demands a copy of your data, Silent Circle won’t be able to give them anything except encrypted gibberish.

It should go without saying that I’m not compensated to write this. I simply think it’s a good idea. Silent Circle is one of several communication encryption solutions out there… and given Zimmerman’s background, it’s probably one of the best.

At a minimum, I’d strongly advise you to look at some options and implement a solution. It’s by far one of the easiest steps you can take to regain your privacy and freedom.