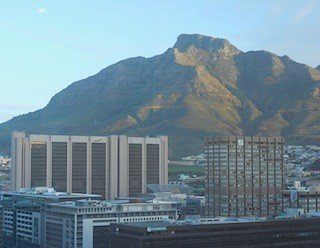 I had breakfast this morning with the head of business development for one of the world’s largest travel companies, and he told me an absolutely hilarious story that I wanted to share with you.

The company has aggressively expanded into Asia, often in places where e-commerce is still in its infancy. Many consumers in Asia either don’t have credit cards to make online purchases, or they don’t trust the Internet with their financial details.

The company’s solution? They’ve hired thousands of bicycle messengers to physically collect the money from customers once they’ve made a reservation online. In this way, the company has solved its customers’ problems and adapted to the local market to become one of the fastest growing sites in Asia.

“It’s amazing,” he told me, “that an army of people peddling around Asia is now responsible for a huge portion of our revenue.”

I love stories like this where creative thinking and low-tech solutions triumph. With that, on to this week’s questions.

First, Jeff asks, “Simon, I read on another website that you do not have to report gold holdings stored overseas. Then the same website said that it ‘appears’ that you do have to report. You seem to be the only person who actually has personal experience with this stuff– what’s the truth?”

It’s a confusing topic indeed… and to be clear, this only applies to US taxpayers. A bit of background– the Treasury Department expects people who had an aggregate of $10,000 in ‘foreign financial accounts’ at some point during the year to file form TDF 90-22.1 by June 30th of the following year.

In other words, if you open a bank account in Singapore this year with $15,000 in it, you’ll need to file the form by June 30, 2012. But what about deposits with firms like GoldMoney.com?

This is a complicated legal definition that’s full of ambiguity… and I believe it was intentionally written that way. Bear in mind that I am not a legal or financial advisor (nor do I want to be), which is why my standard suggestion is to always report. I do.

Several asset protection lawyers that I know have picked apart the definition and argued that some organizations like GoldMoney.com do meet the above definition as an ‘agent’ or ‘bailee’, while others do not. Their chief distinction is whether whole bars/coins are purchased, segregated, and stored in your name.

Frankly, I’m not one to push the envelope, which again is why I simply suggest that people report. Or better yet, store the gold yourself at a private, offshore safe deposit box where you keep the keys.

Next, William asks, “Simon– I’ve been thinking about heading to Argentina soon; I’ve seen your byline reporting from Argentina on several occasions, but I notice you rarely mention it in this e-letter or in Sovereign Man: Confidential. Am I to read between the lines here? What’s your view on the country?”

Argentina is an impressively beautiful country that is run by some of the most morally bankrupt people who have ever walked the face of the earth.

From the federal government in Buenos Aires to the provincial governments far away, they’re more like mafia bosses and warlords than politicians. These are the same folks who made thousands disappear during the military dictatorship days, burying bodies in the desert or merely tossing them into the ocean.

The same line of power elite is still running the country, and they view it more like a feudal society than anything else. The farther you get from Buenos Aires, the worse it gets.

The Economist did a great piece on this a few years ago entitled “Peronism and its perils“.

From an economic perspective, the Argentine peso is one of the few currencies in the world that has been devalued more rapidly than the US dollar. Inflation is rampant (though officially underreported) in Buenos Aires, and crime is getting really bad.

Now, I’ve never been personally victimized in Buenos Aires, but out of all the cities in the world, more people I know have been attacked or robbed in Buenos Aires than anywhere else I’m aware of.

Bottom line, I enjoy the country from time to time, I just think there are better places for my taste.

Last, Mark asks, “Simon- you get around quite a bit. Any great travel tips you can share for someone who wants to see the world on a budget?”

The best way to see the world and get a great deal is to purchase a round-the-world fare (RTW) from one of the major airline alliances like OneWorld, Star Alliance, or SkyTeam.

There are a lot of rules and restrictions involved, but the general framework is the same: your itinerary starts in one city, and you have up to 16 segments in one general direction (east or west) to make it back there.

For example, you could fly from Madrid to Moscow to Hong Kong to Tokyo to Auckland to Santiago to Miami to New York and back to Madrid on a single itinerary; the total fee is quite reasonable, usually as little as $3,500 in economy class, and around $8,500 in business class.

The price varies based on your specific itinerary, as well as country of departure. I’ve found US departures to be the most expensive, African and South American to be the least.