The despicable truth emerges about FATCA

The Foreign Account Tax Compliance act, or FATCA, is one of the most arrogant pieces of legislation ever conceived. President Obama signed the Act into law in 2010, and there are a some key provisions that are important to understand.

According to the IRS, “FATCA requires certain U.S. taxpayers holding foreign financial assets with an aggregate value exceeding $50,000 to report certain information about those assets on a new form (Form 8938) that must be attached to the taxpayer‚Äôs annual tax return.”

In other words, the law extends the existing reporting and disclosure requirements for US citizens and residents holding certain assets abroad.

This is the part that’s really arrogant. The US government is requiring any foreign organization it deems to be a financial institution to enter into an information-sharing agreement with the IRS. They’re effectively trying to regulate what foreign companies do on foreign soil. Seriously arrogant.

The analogy I always use is that it’s like the government of Saudi Arabia forbidding US grocery store chains from selling pork to Saudi citizens who happen to be on US soil.

Here’s the kicker. Foreign banks who thumb their nose at the US government and do not enter into the information sharing agreement face a steep penalty: a 30% tax will be withheld on US-source income that goes to, or through, their bank.

So let’s say XYZ Bank in some offshore jurisdiction doesn’t enter into the agreement. The next time a payment goes from JP Morgan to any account holder at XYZ Bank, JP Morgan will withhold 30% of it.

The implications of this legislation are extraordinary. The old saying, “That which is about to fall… deserves to be pushed,” comes to mind. The global banking system is already so broken and wounded.  FATCA is going to finish it off.

I’m starting to believe that it was designed to be this way. Even the most casual read of the legislation leads one to conclude that it was intentionally written to be ambiguous and unenforceable.

The law defines ‘foreign financial institution’ using the term ‘foreign financial account,’ and vice versa.  It’s like someone who has no concept of baseball asking, “What is a first baseman?” And responding, “The guy next to the second baseman…”

“The guy next to the first baseman.” 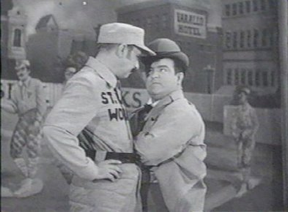 Such ambiguities are so obvious that there are only two possibilities. Either the people drafting the legislation are complete idiots, or the ambiguities are intentional for the sake of giving executive agencies wide latitude.

I believe it is the latter… which makes FATCA even more insidious. Ambiguity in legislative language means that the enforcement agencies charged with executing the laws have a lot of leeway in how they interpret the rules and formulate their own policies.

If the law doesn’t specifically state what a foreign financial institution is, then the IRS gets to come up with that definition (and penalties for noncompliance) on its own.

It’s also clear at this point that FATCA was intentionally designed to be unenforceable. Think about it– every single ‘foreign financial institution’ (whatever that is…) on the planet has to enter into an information-sharing agreement with the IRS? How is that REMOTELY realistic? It’s not.

Again, not even remotely possible. There are millions of foreign wire payments made every single day. Banks are supposed to be able to know which of the beneficiary banks entered into an agreement and which didn’t… and the US government is going to supervise the whole thing?

Fat chance. This, brought to you by the folks who couldn’t get bottled water to New Orleans during the Hurricane Katrina fiasco, and the banks who were robosigning hundreds of thousands of contracts without any oversight.

So why would they pass a law that has no real hope of being appropriately implemented? Two reasons.

The first is fear. Fear is a powerful weapon, and if the US scares the crap out of foreign banks, most banks will simply close their doors to US tax serfs… thus limiting the offshore options. This has already happened, Switzerland is a notable example.

The second is to expand the scope of Big Brother. A few days ago, the Treasury Department issued a joint statement with the governments of the UK, France, Germany, Italy, and Spain on government information sharing agreements, which would preclude banks from having to sign up individually with the IRS. Other countries are expected to join the pact.

In other words, Congress passes a law that’s impossible to implement. Foreign banks get really nervous and petition their governments for a solution. Governments agree and enter into a mass government-to-government agreement by which ALL information is shared with everyone.

Banks are off the hook. Governments get all the information they want. And it’s becoming obvious that this was the intention all along. Ah, so.