The most dangerous woman in America 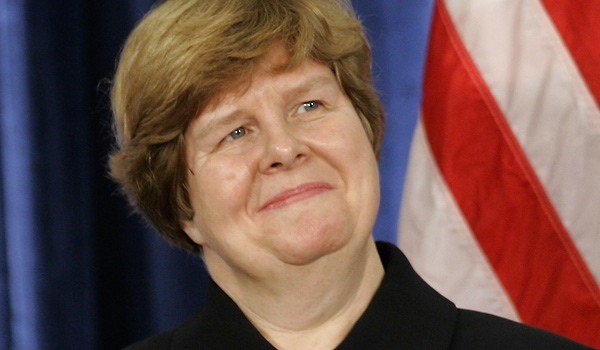 Christina Romer is the most dangerous woman in America right now. As an economics professor at the University of Berkeley, she’s charged with educating the next generation of productive citizens. She also formerly chaired the Council of Economic Advisors under President Obama.

One would think that a person with that level of influence would have a bit of sense. One would think. Yet Romer rarely fails to disappoint.

Romer wants Bernanke to take things to the next level.

In her editorial, Romer draws comparisons to past economic difficulties and expresses admiration for those who employed extreme tactics to deal with them. She praises for FDR for abandoning the gold standard and allowing the dollar to depreciate.

She also erroneously recounts economic history, suggesting that Roosevelt’s actions led to “the most impressive [economic] swing the country has ever seen from horrible contraction to rapid growth.”

Swing? That’s a bit revisionist. The Great Depression languished for years. And years. Perhaps if we’re speaking in terms of a geological timeline in which millions of years are a drop in the bucket, the recovery could be characterized as a rapid ‘swing’.

Furthermore, to credit any economic ‘recovery’ on a policy of currency debasement is simply idiotic. The path to prosperity is not paved in paper currency, but rather hard work, productivity, efficient capital allocation, savings, and technological innovation.

Roosevelt cannot be credited with supporting any of these economic foundations.  Yet Romer holds him up as an example of grabbing the bull by the horns and making the tough choices that led to an unequivocal recovery.

In Romer’s world, paper is wealth. And hey, why should she believe anything else? She’s been in academia and politics for her entire life. She’s never actually had to DO anything and has been free to live inside a consequence-free Keynesian bubble throughout her entire career.

The scary thing, though, is that this woman has VIP access to the halls of power in Washington DC. She advises the decision makers who set policies affecting hundreds of millions… even billions of people. And she has no clue how the world actually works. This is incredibly destructive for the rest of us.

When I was in the African wild about six-weeks ago, I witnessed a skirmish between a couple of kudu– this is a type of antelope with long, spiraled horns.  They’re exceptionally aggressive.

When kudu fight each other (which happens a lot), they lock horns. Once this happens, the pair is stuck… forever entwined and defenseless until they both starve to death or get eaten by predators.

Needless to say, the kudu are rapidly dying off; nature has a way of weeding out self-destructive species.

What’s happening right now in the western world is an economic version of natural selection; self-destructive economies are imploding, while countries with thoughtful, healthy balance sheets are rising.

The nice thing is that WE can CHOOSE whether we associate with the destructive ones, or diversify internationally to the healthy ones. And the more people like Christina Romer praise currency devaluation and capital controls, the more obvious international diversification becomes to anyone paying attention.

Rational, thinking people need to heed these warning signs and take decisive action to safeguard their livelihood. There is no honor in being an eternal victim of political and economic turpitude, or suffering continued financial indignity at the hands of people like Romer.

(If you’re looking to get started quickly and need a crash course in international diversification, complete with full contacts to some of the world’s most qualified experts in things like offshore banking, trusts, second passports, and more, I really want to encourage you to think about our Offshore Workshop DVD Kit.)

Remember, whatever you need in your life– whether it’s asset protection, profitable business prospects, more compelling investment opportunities, affordable high-quality healthcare, privacy, lifestyle perks, or simply a well-paying job, chances are you can find what you’re looking for overseas.