The one thing that governments do really well– 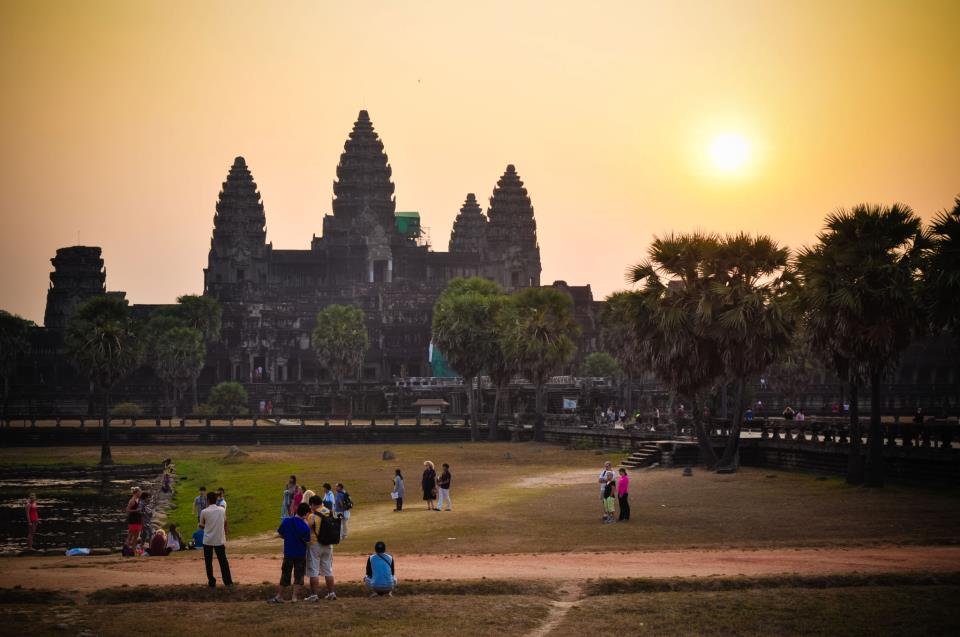 In the killing fields outside of Phnom Penh, you can still see bone fragments protruding from the ground. It’s harrowing to say the least.

Roughly two million people were wantonly massacred in the 1970s under the rule of Pol Pot, decimating not only the population but also the nation’s economy.

Naturally, there were a few people in Cambodia who saw the writing on the wall in the early 1970s. They didn’t wait around, and instead took what they could carry and got the hell out of dodge.

They rebuilt new lives for themselves in places like Australia, Singapore, and France at a time when Cambodia was going through the worst turmoil in its modern history.

Today is a different story. Cambodia is once again thriving– producing, exporting resources, and welcoming foreign investment. The economy has consistently (and realistically) been growing at 7%+ for years.

I’ve met several Cambodians living here now who come from some of the families that escaped forty years ago. When the turmoil ended, they returned.

They brought the savings that they accumulated overseas… along with experience and skills… and started thriving businesses here that contribute to, and benefit from, the booming local economy.

Their stories are fascinating. Even inspiring. They’re real life examples of how our primary responsibility is to do what is in the best interest of our families, wherever that takes us in the world.

As I was flying up here over the weekend, I happened upon an interesting article in the Wall Street Journal entitled “Protecting Your Portfolio From Calamity”.

This raised my antenna a bit as most mainstream media sources tow the line that everything is hunky-dory.

The author rightly observed that “[t]he bombings in Boston and an outbreak of bird flu in China are just the latest reminders that everyone needs a disaster plan,” and that it makes sense to “rationally plan for the worst.”

I was shocked to see something like this out of the Journal, especially when she went on to recommend the same things we talk about routinely in this letter– opening bank accounts in places like Hong Kong and Singapore, or having foreign residency.

But one huge point was missed in the article: It wasn’t so much the bombing in Boston that serves as a reminder to have a ‘disaster plan’, but rather the response.

Everyone in the Land of the Free ought to be keenly aware of just how fast one of the country’s biggest cities was reduced to a ghost town… or how fast thousands of gun-toting, combat-clad paramilitaries descended upon the region with urban assault vehicles and ‘shelter in place’ orders.

No doubt, governments tend to screw up just about everything they try– from the economy to education to disaster relief. But one thing they consistently excel at is quickly deploying overwhelming firepower.

Look, I’m not suggesting that the West is destined to go the way of Pol Pot. But such tactics should cause any freedom-oriented individual to pause briefly and take a serious look at precautionary options abroad.

After all, it’s hard to imagine that you’d be worse off for having a portion of your savings in a Hong Kong bank account, holding some gold in a depository in Singapore, or owning a small plot of land overseas in a thriving economy.

But should the turmoil ever come to your town, these steps may prove to be some of the wisest you could ever take.