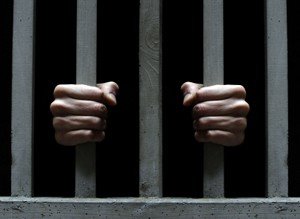 In Game Theory, there’s a famous hypothetical scenario called the Prisoner’s Dilemma in which two criminal suspects are apprehended by police and given a choice: stay silent, or rat out the other guy. But there is a catch.

If both suspects stay silent, they both get off with a very light sentence. If they both turn on each other, they both get a longer sentence. And if only one of them rats out the other, the suspect who squeals goes free, while the one who stayed silent receives the worst sentence. 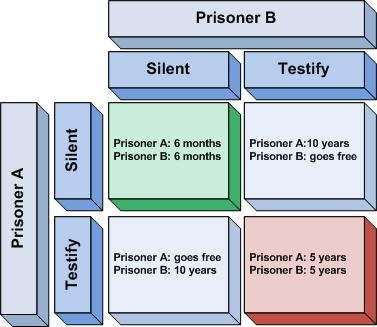 Naturally, the best choice is for both prisoners to stay silent– they both get off with a very light sentence.

But imagine that your accomplice is in there being interrogated. You know that he’s been offered the same deal… if he rats you out, he’ll go free while you take the heat. When it’s your turn, would you stay silent and risk a huge prison sentence while he walks?

The scenario points to an inevitable conclusion: each prisoner rats out the other, and they both do heavy jail time. It’s clearly a sub-optimal outcome, known in Game Theory as the Nash Equilibrium.

We see examples of this all the time in the real world– in business, financial markets, diplomacy. The recent fiscal cliff negotiations were almost a textbook case of the theory… resulting in the same sub-optimal outcome.

All the posturing and political strutting were more about trying to obtain personal advantage over the other players, not actually fixing anything. The fiscal cliff, in fact, stopped being about the US economy a long, long time ago.

The uncomfortable truth that nobody in officialdom wants to admit (save outgoing Congressman Ron Paul) is that the fiscal situation is unfixable.

Further, the US Treasury will have nearly $3 trillion in debt mature this year. So that’s roughly $4 trillion (25% of the entire economy) of debt that must be newly issued or rolled over in order to avoid default.

Meanwhile, the debt ceiling has already been breached, and the Obama administration is scurrying to seize federal pensions as a temporary fix.

Seriously, how long will it be before they start seizing private pensions, IRAs, etc.? How long before mutual funds and banks are required to hold a percentage of their assets in the ‘safety and security’ of US Treasuries? How long until everyone is involuntarily financing Uncle Sam?

This is why it’s so important to consider diversifying internationally… holding a portion of your savings, precious metals, retirement funds, etc. in a jurisdiction that isn’t controlled by your home government.

As the next phase continues to play out and the options become scarcer, the real prisoner in this dilemma is going to be the people who chose to ignore the writing on the wall and have everything they’ve ever worked for locked up by an insolvent government.

Tomorrow I’ll tell you about how the exact same thing is unfolding here in Argentina.