This entire country has become a giant offshore bank account 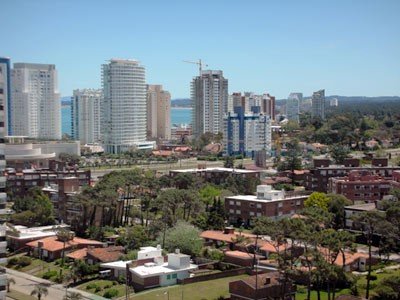 “Charming” is, I believe, the word most often used to describe Uruguay. People tend to make a lot of parallels to the United States in the 1950s– a much slower pace of life, less government intrusion, and family focused.

The capital city of Montevideo is notoriously sleepy and provincial. It feels in many ways like a small town despite having 1.3 million inhabitants, about a third of the country’s population.

There’s very little going on in Montevideo, and this point is soundly driven home if you’re wandering around on a Sunday afternoon.

Then there’s Punta del Este, the resort town roughly 90 miles east of Montevideo. I lived here for a spell several years ago. I enjoyed it… but Punta is definitely a different animal altogether.

For six to eight months out of the year, it’s completely dead. The local governments even shut off most of the stoplights. The majority of restaurants are closed, and in the dead of winter (July) it can feel like an eerie zombie flick.

In the summertime (late December through mid-February), however, hotel rates go sky-high. Restaurants are booked solid. Traffic becomes gridlocked. And the population swells 20-fold with legions of thong-clad Argentine tourists roasting in the sun. 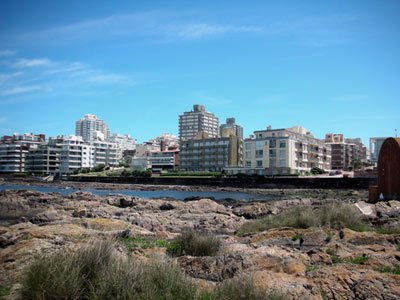 This is an important thing to understand about Uruguay– it is heavily dependent on Argentina.

Over the years, Argentines began using this country as a sort of bank account. They stashed US dollars in Uruguayan banks and bought up all the high quality agricultural and beach property they could as a means to hold assets outside of their home country.

Argentines have wisely learned through experience not to trust their government. Fool me once, shame on you. Fool me twice, shame on me.

It makes perfect sense. Instead of depositing cash in their home country which has a history of confiscating bank balances, they buy property that will hold its value in neighboring Uruguay. At least they’ll be able to enjoy it from time to time and have a place to stay if needed. It’s a great strategy.

Today, Argentina is imploding… the product of years of disastrous government policies heading for yet another full-blown currency crisis. And as the Argentine economy suffers, it is bleeding into Uruguay.

One of the chief consequences is inflation. As Uruguay imports inflation from both Argentina and United States simultaneously, retail prices from food to fuel to electricity have soared.

And as charming as it may be, this is a major downside to living in Uruguay.

The best part about being here, however, is the people. The local Uruguayans are nice enough… but a thriving community of expats has moved down to Uruguay over the past few years, and they are some of the friendliest, most interesting people I know. Very close knit too.

I suspect that, if price inflation ever gets under control, more people will move to Punta del Este in the coming years, and the city will end up as a thriving, year-round expat hotspot.

Personally, I think it’s hard to beat Chile– modern, advanced, civilized, and booming. Chile has great healthcare, better education options for the kids, and things just… work. Many expats living in Uruguay are starting to realize this and are gradually relocating across the Andes.

But the bustle of Santiago and the quiet charm of Punta are definitely worlds apart. Either option may be worthy for you to consider.