This hidden gem has a booming economy 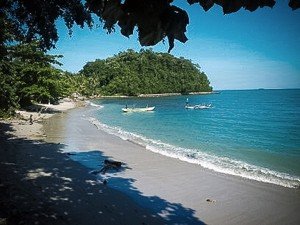 All over the world, no matter how good or bad the economy might be in a certain country, there will always be some cites and regions
enjoying above-trend population growth and economic expansion.  If you are looking for new economic opportunities, a simple strategy is to choose such a place and go there.

In the United States, for example, places such as Alaska and North Dakota are still booming in spite of the overall economic malaise. While the US economy as a whole reportedly grew by just 1.5% in 2011, North Dakota grew by 7.6%.

One of the most fundamental drivers of such supercharged economic growth is population expansion.  In North Dakota, the discovery of vast new supplies of energy has brought an influx of people.

At the very least, these people spend money on housing and food.  In a boom, they also tend to earn above-average wages and salaries, which they spend on all sorts of other things at local businesses.

Simon has already written about Mongolia before on several occasions; this is a huge country with a tiny population of less than three million that’s currently seeing a massive influx of foreign capital and expertise to develop its natural resources.

But if harsh Mongolian winters, and long hot summers aren’t your thing, there are plenty of other places in Asia enjoying similar population expansions and economic booms.

Recently I spent a week in Lampung province in southern Sumatra, Indonesia.  Blessed with incredibly fertile volcanic soils, agriculture has always been the main industry here.  Cloves, coffee, cocoa, coconuts, cassava, tobacco, and rice are the main cash crops. In the past, it was also one of the world’s largest sources of pepper.

The abundance of fertile farmland in Lampung has drawn in vast numbers of migrants from all over the country, especially from the densely populated island of Java, which is right next door.

Over the past 15 to 20 years the population of Lampung has gone from 2.3 million to 6 million.  Moreover, what were once two separates cities, Tanjungkarang and Telukbetung, have grown together and now form the sprawling regional capital of Bandar Lampung.

Today, over 80% of this mega-city’s population comes from somewhere else in Indonesia—they’re moving to Bandar Lampung for the opportunities.  And not just in agriculture. There are oil and gas reserves offshore. Coal, cement, fishing, fish farming, and shipping are all mainstays of the local economy as well.  Nestle even has a huge plant there turning Sumatran coffee beans into Nescafe, among other things.

This is a place that’s quite clearly on the move.  You can just feel the energy when you’re there.

Now, I don’t expect you’re going to hop on the next plane to Sumatra. But the point I want to make today is that all over the world… whether the country you’re living in is experiencing good economic times, or bad economic times… there will always be places and regions doing better than others.