This is someone you should know 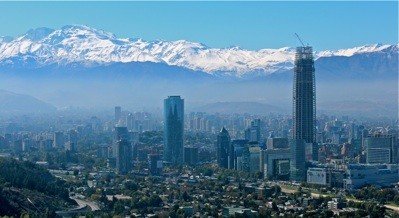 Nearly three years ago, I wrote that Chile was ‘the new America’— free, civilized, open, and full of opportunity.

After traveling and putting boots on the ground in over 100 countries, and having spent several years visiting Chile and watching it grow, I was convinced that the label was appropriate.

The business and investment deals here are astounding… one of the many reasons I take a break from my normal schedule as a permanent traveler and spend time here in the summer months. The economy is very strong, and savvy foreigners can do quite well.

And for worker types, there are plenty of jobs available for foreign professionals. Plus, it’s a cinch to get a work visa.

The lifestyle here is also amazing. It’s gorgeous, the people are friendly, and you can’t beat the Mediterranean climate. Again, these are some of the many reasons I selected Chile as the location for our resilient community a few years ago.

Back then, nobody was talking about Chile. In June 2010, I wrote that if you “search the expat intelligentsia sites, you won’t find much about Chile at all– it simply isn’t on anyone’s radar.  For the life of me, I can’t figure out why.”

Three years of constantly writing about the virtues this place has certainly had an effect. The word is out, and people are starting to jump on the bandwagon. The downside of this is that it brings out the all sorts of snake oil salesmen preying on inexperienced foreigners.

I saw the same thing happen in Panama years ago as that country became the booming expat destination; scam artists showed up in droves, defrauding foreigners in shady real estate and financial deals.

This is terribly unfortunate for the people who will end up being defrauded… but it doesn’t change the underlying, exciting fundamentals of what Chile has to offer.

One of the good guys here is Darren K., an expat (and Sovereign Man: Confidential member) who has been living here for several years. Darren is heavily involved in the property market and is a regular contributor to Chile-Farmland.com.

You’ll be hearing more from Darren in this letter, and today I’d like to pass along an excellent piece he wrote about Chile.

When I was younger, I used to dream of living in California. The Pacific Ocean, the Sierra Nevada, and the excitement of the cities were always so appealing. Plus, it  seemed like California was years ahead of other parts of the country with respect to organic foods, rainwater catchment systems, aquaponics, and fine wine.

Yet by the time I was of an age to make a decision on where I wanted to live, most of the nicest parts of California had already been overpopulated. And I had no interest in dealing with the traffic, pollution, crime, prices, or the welfare state mentality.

It made me wish I could go back in time and arrive to California 60 years ago. So I set off to look around the world for a better place.

As I’ve traveled the globe over the last 10 years, I came across places that were quite attractive but didn’t check the boxes. Most had corrupt police and governments, pitiful economic opportunities, poor property rights, etc.

When I looked into Chile years ago, everything changed. It was hard for me to believe what I read: strong property rights, incorruptibility, fiscal responsibility, etc.

Within just a few days of landing here, it was obvious that Chile was like no other country I’d ever been too.

The first thing that stood out to me was the scenery. Just to the east of Santiago, 21,000 ft peaks loom over the central valley, dwarfing the ranges of California, Colorado, and Switzerland.

I could go on about the ski centers in the central Andes with their lack of lift lines, the hot springs, and the mountain lakes, but that’s a topic for another day.

After the scenery, the next thing I could hardly believe was the growth and development. And unlike many other countries, it’s driven by good old-fashioned production, a growing middle class, and low unemployment… not money printing.

As I spent more time here, the differences between Chile and most other countries around the world became more obvious: low violent crime rates, police that treat you with respect and aren’t looking for bribes, low debt levels, and a pro-business government all make for a refreshing change from today’s norm in the West.

These days, I don’t have to dream of arriving to California 60 years ago. I can be happy about being born when I was and for making the decision to move to Chile when I did. To me, it represents the best of both worlds.