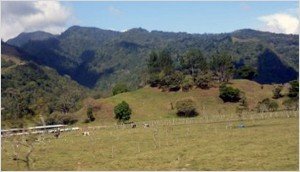 It’s easy to see why people like Costa Rica so much.

The country is gorgeous, and the climate can be excellent. There are plenty of cooling breezes to keep it comfortable year-round, despite the tropical location. And during the dry season, the country is bathed in constant sunshine.

The higher altitudes on the slopes of the mountains and volcanoes that surround the central valley sport microclimates with verdant green pastures and dairy cows. It’s reminiscent of Switzerland.

Unfortunately, the political and economic climate in Costa Rica is not as ideal. What was formerly a relatively free, inexpensive, low-tax jurisdiction has veered sharply to the left.

As with so many governments around the world that have made unrealistic promises to their citizens to buy their way into office, the government in Costa Rica is struggling to pay its bills.

For example, the government has a new “Solidarity Tax,” otherwise referred to as the “luxury home tax.”

This so-called ‘special purpose’ tax is earmarked specifically for cleaning up the slums in the capital San Jose. But you can be sure the government has been dipping freely into the money for other things.

The rules surrounding this tax are complex. But in general, any residential property with an assessed construction cost and land value of about US$230,000 or more gets hit.

Conveniently, the government just raised the construction cost schedule on which it bases its appraisals from 2007 prices to 2013 prices — an increase of somewhere between 50% and 75%.

And as property prices are so high in Costa Rica now, you don’t need to have a “luxury” property at all to get caught up in this tax net.

One German retiree I played golf with said he’ll be voting with his feet and relocating to Curacao in the Netherlands Antilles later this year.

I asked him whether the cost of living there would not be much higher, and he replied that for someone like him, with European tastes, it was actually cheaper than Costa Rica now, since many foods, such as dairy products, are imported on favorable terms from Holland.

All in all, Costa Rica is a pleasant enough place to spend time. But as residents will tell you, it’s becoming a difficult place to live and do business.

There’s good news from all of this, though. Costa Rica is a tiny country. They cannot conjure money out of thin air without consequences. There is no multi-trillion dollar debt market here.

So unlike the US and Europe, Costa Rica cannot keep the party going forever. At some point soon, the government balance sheet will hit rock bottom, and they’ll be forced to make a change for the better.

Small countries can turn on a dime. With the right policies in place, they can go from rags to riches quickly (Estonia is a great example).

And I suspect that, soon, Costa Rica will re-adopt pro-business, pro-foreign policies from decades ago that made it such a great place to be.