This major trend is an obvious business opportunity 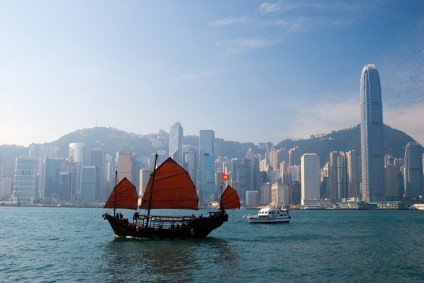 It’s critical to be realistic about what’s happening in the world and to take steps to reduce the impact of governments gone wild. But as an unapologetic optimist, I think it’s likewise important to recognize that there is extraordinary opportunity all around us, no matter what.

I’ll give you an example. As an investor and entrepreneur at my core, I always lean towards business and financial opportunities first.

I prefer deals that seem obvious and have limited downside risk, whether a deeply undervalued, high quality asset, or a business with huge demand and low up-front costs.

Despite the dismal state of most economies, I see these types of opportunities everywhere in my travels, totaling over a dozen countries in just the last month.

Over the last few years, for instance, there’s been staggering growth of international Chinese tourists, particularly to Europe. I’ve seen the trend unfold with my own eyes.

Everywhere I go, I see hundreds of them– at airports, train stations, and top tier hotels. Even here in tiny Lithuania (which is not exactly Europe’s #1 tourist destination), there are droves of Chinese tourists running around the city.

I had breakfast with a senior Expedia executive a few months ago, and I remember one story he told me quite well. He said that when they first entered the market, a lot of Chinese consumers were skeptical (or unable) to make online purchases.

They solved the problem by hiring an army of bicycle messengers who literally peddle all over China taking cash-on-delivery for plane and train tickets. As the executive told me, the opportunity was obvious, they just had to figure out how to make it work.

While it’s clear that the big boys in the travel industry understand this trend, there is still an obvious opportunity related to Chinese
tourism.

Very few, if any, western tourist locations are Chinese-friendly. Basic interaction, food, transit, etc. are simply not set up for a Mandarin-speaking audience. English is the international language, and a lot of Chinese travelers don’t speak it.

That’s one of the reasons why they roam in packs. At the hotel I was staying last week, the Chinese tour group easily exceeded 100.  Chinese tourists do tend to travel in groups, but it’s even more pronounced on international voyages. For them, there’s strength in numbers.

These people are not broke, either. They have a lot of money, they stay in top-quality hotels, and they want to shop. Again, though, there are very few Chinese-friendly options available.

The potential of this market is trapped, and it’s a huge opportunity that few are taking advantage of.

Tour operators in China do their best to arrange excursions, but it pales in comparison to what could be done. Someone could create tremendous value by facilitating transactions between these potentially buyers and sellers… essentially helping to create a marketplace.

This type of business is scalable; it could be done on a small, local level in individual cities and tourist hotspots, or on a much larger, international level.  The demand is there, the door is open.

This is just one example… but it goes to show that regardless of how much money they print or how many freedoms they try to take away, there are always great opportunities out there.