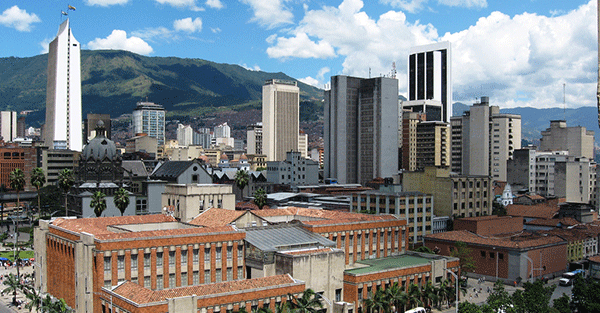 About a week ago after having one of those days, I felt like unwinding by turning off the world and tuning in to some mindless action flick.

It’s a decent film if you’ve never seen it… and, without giving away too much, a big part of the plot takes place in Colombia.

As you can just imagine, the Colombia portrayed in a 90s Hollywood movie is a disaster zone full of drug lords, rebels, and narcoterrorists. (Yet curiously all these Colombian criminals speak English to each other…)

This is exactly what most North Americans still think of when they hear ‘Colombia’: Danger. Chaos. Kidnapping. Murder.

Nothing could be further from the truth. Colombia is a paradise.

So much so, in fact, that I’m inclined to send my friends in Hollywood a Thank-You letter in gratitude for scaring everyone away. Because without the steady, negative media, this country would be teeming with expats living the good life.

As it stands there is just a small (though rapidly growing) expat crowd here. And as a result, prices are still incredibly cheap.

Medellín is probably the starkest example. This place was ground zero during the drug-infused days of Pablo Escobar, so the stigma still lingers like a bad burrito.

Real estate, for instance, is absurdly cheap. Investors not only get the ‘Colombia stigma’ discount, but also the ‘Medellín discount’.

To give you an idea, a nice 2 bedroom apartment in the fanciest district in the city can cost around $100,000.

As for rentals, a budget of between $2,000 and $3,000 can fetch you the sort of apartment that most people only dream about: boss-style penthouse living complete with a terrace jacuzzi overlooking the city.

And if you are a US dollar investor, the Colombian peso is weak right now, so Medellín is definitely worthy of your attention. Your savings can really go a long way.

In a nutshell, this city is close to perfect.

The weather is eternally spring-like. It’s quickly becoming a major center of young entrepreneurial innovation. In fact, if you’re looking for a great Startup vibe, Medellín should be on your short list.

It also doesn’t hurt that seemingly every woman in this city looks like Penelope Cruz. (And yes, a lot of expats do come here looking for love. Colombia does not disappoint.)

As an expat destination, this place is what Panama was like 10+ years ago back when prices were incredibly cheap.

I remember signing property deals in Panama back in 2004 for less than $1,000 per square meter (stupidly cheap) for some of the best properties in the city.

That’s where Medellín is today. It’s an unbelievable steal. And there’s not a doubt in my mind that some day this will be one of the world’s most popular expat destinations.

Get in while you can. Whether you’re a property investor or just looking for a place to spend a few months, this city definitely needs to be on your radar.