This paradise ought to be on your radar 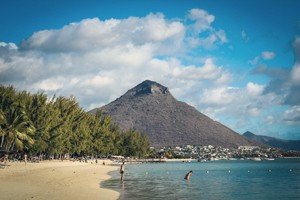 Situated thousands of miles from the coast of Africa in the middle of the Indian Ocean, Mauritius definitely qualifies as the ‘middle of nowhere.’ This is interesting for a number of reasons– I’ll explain.

I’ve long argued that the world is entering a rather tumultuous phase. This isn’t some doom or gloom scenario, but rather the natural course of history that human civilization has experienced so many times before.

Nearly every single time in the past that the primary political and economic systems of the day proved themselves to be unsustainable failures, people hit the reset button and started again with new systems.

These are the same warning signs which have augured tumultuous transition in the past… from ancient Sumer, Greece, and Rome, to 18th century France and the Soviet Union. We are not so different that we can forever defy the laws of the financial universe.

Again, this isn’t something to fear; frankly it means that things will eventually get much better. This absurd system where a tiny handful of people has total control over global money supply will soon be in history’s waste bin… as will the present model of pompously large governments.

In the meantime, it’s reasonable to expect a bumpy ride. Based on what’s happened in the past, potential consequences include social unrest, civil disturbances, rising crime rates, long-term strikes, disruptions in essential services, shortages of food and fuel, war, inflation, etc.

Granted, anything is possible. Perhaps nothing bad will ever happen. Perhaps aliens will arrive to earth bearing gifts of free energy. Perhaps. But a thinking, rational person ought to weigh the totality of evidence and consider making basic preparations… just in case.

One of the preparations that makes a lot of sense is having a place outside of your home country in case things get rough where you live.

If you have the means to buy a property, this may be a smart decision no matter what. Property in a rapidly developing country can be both an excellent speculation and a reasonable store of value in an inflationary environment.

Mauritius ticks a lot of boxes… because in a scenario where you’re trying to get away from it all, being in the middle of nowhere is a great advantage, especially when the country is not strategically significant to most world powers.

Moreover, Mauritius is a really great place to be. It’s gorgeous, the weather is fantastic, and people are very interested in sustainability– fruit and vegetables are cultivated all over the island.

The economy is strong and stable– it’s long been one of the region’s top performers with a number of growing industries ranging from agriculture to ICT outsourcing. This is not some destitute, impoverished nation. It’s actually quite civilized, with excellent infrastructure and reliable Internet. It’s also a fairly cheap place to live.

Foreigners can own property here with a few restrictions… and a sizable enough purchase ($500,000) streamlines permanent residency.

This is a great benefit because the Mauritius Citizenship Act of 1968 entitles foreign residents who meet certain qualifications to begin the process of applying for naturalization after several years. Officially it takes seven years of residency, though the law gives the government tremendous latitude to reduce this time requirement.

Like I said, it’s definitely a long journey. I suspect I will already be in Argentina by the time you receive this after a 5-hour flight to Johannesburg, and then another 12-hour flight to Buenos Aires. But if sustainability, lifestyle, investment potential, and citizenship opportunities are important to you, Mauritius ought to be on your radar.