Those who break the law must be punished accordingly…

One of the things that’s really great about Panama is how open the country is to foreigners.  All nationalities are welcome in Panama, and if you spend any time on the ground, you’ll quickly find people from six continents and dozens of countries.

Panama is an example of how I see governments moving in the future– like Singapore, Chile, Hong Kong, and may others, Panama is the kind of place that seeks to attract foreigners, to compete for them by providing a number of incentives. Panama does this most pointedly with its retirement ‘pensionado’ program, but there are a number of other such programs. In fact, the country’s immigration law has so many different categories, it’s possible for just about everyone to find a way to move here.

In other places, immigration is unfortunately a four letter word. The borderless Schengen area in Europe is on the verge of disintegration as a number of countries in the region begin to put up border checkpoints to restrict the free movement of people (and capital).

In the United States, the government has been eager to show that it’s not slacking on the illegal immigration issue. The result has been an increase in the size and scope of its persecution against “undocumented workers” as well as the businesses which hire them. I can just imagine the conversations within the hallowed halls of government: “those who break the law must be punished accordingly…” 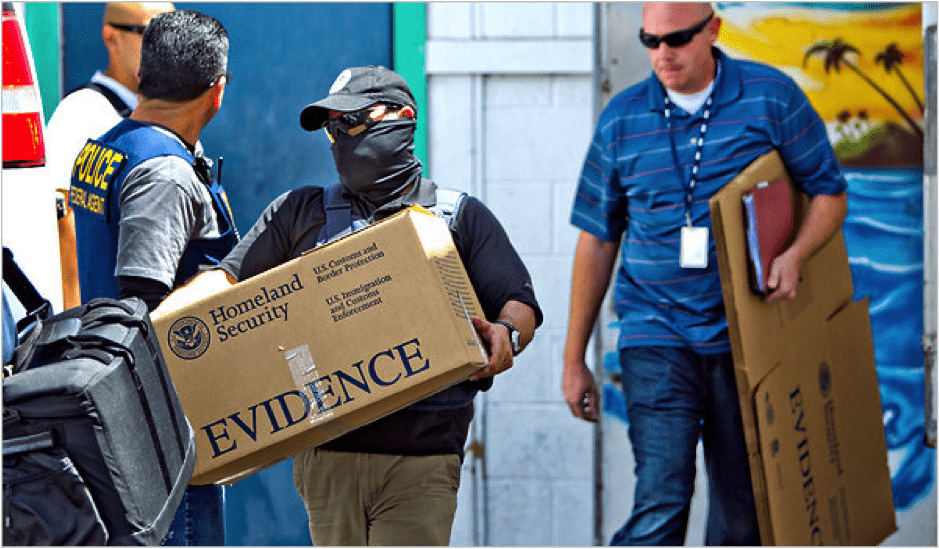 Whenever the only defense of a policy is “it’s the law”, it’s worthwhile considering whether that policy is, in fact, ethical. After all, it was perfectly legal for one human being to own another for much of history. Legality certainly is not the same as morality, and politicians have a bad tendency to conflate the two.

One of the chief arguments against free immigration is that old song about “stealing jobs.” It amazes me that some people still believe this.

When you patrol borders and restrict the flow of people who are happy to work hard for less money, this is really no different than wage and price controls. Anyone with even the most basic understanding of economics can realize that such practices build inefficiencies into the system– companies who pay more for labor pass these costs on to consumers, low skill workers have less competition (hence incentive) to learn new skills and move up the labor food chain.

Most of all, in the undocumented labor world, the government isn’t able to take its fair share of the pie. Among undocumented workers, there are no tax withholdings, no payroll deductions, no retirement plans to regulate, no medical plans to enforce. I suspect this is the true reason behind the politicians’ “stealing jobs” argument.

Another argument against free immigration is that foreigners ‘unfairly’ receive benefits. But the problem herein lies in the existence of public benefits in the first place. Does a German do backflips in the street when s/he pays taxes so that another German can have free healthcare? Do Canadians enjoy subsidizing education for other Canadians? Do Americans swell with pride when they pay their taxes, hoping that the money goes to pay some other American’s mortgage?

This is utter nonsense, and the degree to which one can voice the “immigrants unfairly receive benefits” argument is directly proportional to the level of socialist redistribution in a country… again, not exactly ideal for economic growth.

Then there’s the argument linking immigration and crime. Frankly this is strictly a criminal matter, not an immigration one. Saying that immigrants are more prone to crime makes about as much sense as saying any particular group—young, poor black males…older, white Wall Street types…people with surnames ending in vowels—is more prone to crime.

The nearly 300 illegal immigrants in Porstvile, Iowa, sent to federal prison in 2008 didn’t rob or rape or kill anybody.  They didn’t despoil anyone’s property. Their only crime was working in an arbitrary geopolitical designation without having begged and waited for the proper political sanctions.  The family owners of the business as well as their accountant now face 80 years in federal prison. They are guilty of no violence, only of having hired people that a centralized agency didn’t approve of beforehand.

Countries, states, and provinces that persecute business and people in this manner are the kind you want to avoid.  A nation that tries to criminalize more and more aspects  of people’s lives—what they put in their own bodies, where they can live, whom they can hire—is a nation that will see economic decline to go along with decaying liberty and the increasing number of  lives destroyed by the enforcement of unjust laws.