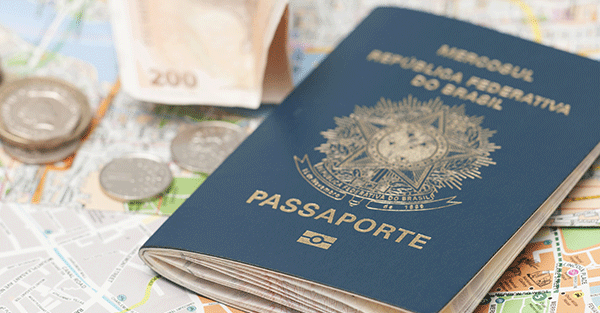 On October 9, 1939, Friedrich Nottebohm applied to become a naturalized citizen of Liechtenstein.

Nottebohm had been living in Guatemala since 1905, and as World War II started heating up, he became concerned that his German nationality might cause problems for him down the road.

It turns out he was right.

After attempting to enter Guatemala in 1943, he was denied entry as an enemy alien and later sent to an internment camp in the US. The Guatemalan authorities did not recognize his Liechtenstein naturalization and still regarded him as German.

In court, the government of Guatemala argued that Nottebohm was not a citizen of Liechtenstein for the purposes of international law since his ties to the country were tenuous at best.

He had been living in Guatemala for 34 years and maintained strong ties to Germany, whereas he had spent only enough time in Liechtenstein to get his papers and showed no intention of building further ties to the country.

The court sided with Guatemala, assessing that there was not a genuine link between Nottebohm and Liechtenstein, and that he would be treated as German for the purposes of international law.

That’s one of the risks in obtaining a second citizenship through an expedited, usually investment related process. Things can change quickly.

For example, St. Kitts and Nevis, another Antilles island nation close by to where I am right now, probably has the most well-known and popular “citizenship by investment” program.

You can become citizen of St. Kitts in as little as six months by investing as little as $250,000 in the country’s Sugar Industry Diversification Fund.

The program is very popular with people from all over the world—US citizens who want to divorce themselves from Uncle Sam, Russians, Middle Easterners, and Chinese.

Why? Because a St. Kitts passport has traditionally been a solid travel document, offering visa-free access to Europe, Canada, and much of Asia.

I wrote earlier this year that the US government had put St. Kitts in crosshairs because of this citizenship program. They accused St. Kitts of “lax controls” and saying that “illicit actors” are using the program to obtain St. Kitts passports.

I warned that the program’s days may be numbered, and that many of the benefits may soon be curtailed.

As you can imagine, they cited ‘security concerns’ for doing so.

In light of such absurd doublethink, having a second passport makes more sense than ever.

A second passport means that you’ll always have a place to go– to live, travel, do business, invest, bank etc.

If your home country ever becomes another historical statistic and engages in all the old favorites of bankrupt nations– war, capital controls, price controls, etc., you won’t be trapped.

It’s one of the best insurance policies you could ever have. And if planned properly, you can ensure that there’s absolutely zero downside.

But these “citizenship by investment” programs are under intense scrutiny right now. Aside from St. Kitts, the economic citizenship program in Malta has also taken a lot of fire.

In light of this trend, it may not be worth forking out hundreds of thousands of dollars on a second passport. Yet there are still a number of options to obtain one.

First, instead of trading money for a passport, you can much more easily trade time.

In countries like Panama or Belgium, for example you can apply to become a naturalized citizen after a few years of residency, and you don’t have to spend any meaningful time in the country to qualify.

Or you could do so in Chile where it’s still incredibly easy to establish residency for just about anyone, and the requirements for permanent residency and subsequent naturalization are very lenient.

Second, if you’re flexible, you could consider having baby in a place like Brazil where children born in the territory become immediate citizens, and parents are able to apply for naturalization after an abbreviated residency period.

The easiest option, though, is if you have ancestors from a country that issues citizenship based on bloodlines. That’s usually the easiest, fastest and cheapest way of obtaining a second citizenship and passport.

UK, Ireland, Hungary, Spain, Italy, etc. There are so many options in this case, it’s worth looking at the family tree to see if you quality.

Bottom line, there are plenty of options out there.

And as the clampdown on quick citizenship by investments schemes continues, pursuing one that gives you a much more substantial connection to the country of your chosen second citizenship is the way to go.