Wealthy Chinese are paying BIG money for this piece of paper 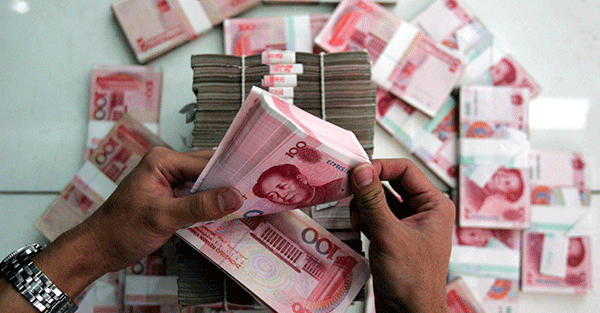 Four years ago, just as he was about to board a flight to Hong Kong, Ai Wei Wei was stopped by border officials and had his passport confiscated.

As an outspoken anti-government activist, the Chinese artist was no stranger to government threats. But this time it was real.

Taking away that little document meant taking away his freedom. He was now stuck at the mercy of the very government he criticized.

Confiscating a citizen’s passport is easy for governments. They don’t even need to charge you with a crime.

After all, “your” passport really belongs to them. They’re just taking back their own property.

(Americans– just look at the front page of your passport and you’ll see for yourself– it doesn’t belong to you.)

Chinese intuitively understand the value of a second passport. Older generations remember the days during the Cultural Revolution when migration and foreign travel ground to a halt.

No matter how terrible things were under Mao, they were unable to leave.

Even younger Chinese, now with a taste of freedom and disposable income, are well acquainted with the limitations of the one passport.

Whenever they want to travel abroad, Chinese almost always have to apply for a visa. This can take a great deal of time, money, and effort. And there’s no guarantee they’ll be approved.

So while consumer appetites in China have grown for everything from houses to cars to Coach bags, so have they grown for second passports.

In fact, it’s one of the hottest items in China among the wealthy.

While a Louis Vuitton bag might give you bragging rights, a second passport can provide a lifetime of safety, opportunity, and freedom.

Many families in China are spending everything they have on economic citizenship and residency programs.

Demand was so high for one immigrant investor program in Canada, in fact, that it was shut down to deal with the backlog.

It recently reopened. But now it’s capped at just 60 applications, and the investment qualification nearly quintupled.

Meanwhile, Chinese investors fork over $5 million in order to qualify for Australian residency and citizenship.

The wealthiest people in the country know a good investment when they see one, and they know that a second passport will pay off many times over.

Fortunately most people don’t need to pay such steep prices for peace of mind.

In fact the easiest route of obtaining citizenship is through ancestry.

You may have already lucked out by being born in a developed country. But check your heritage and you might find that you’ve won the lottery again.

Some countries readily award passports to anyone who can prove ancestral ties.

Ireland, Poland, and Italy are three of the most welcoming nations to their descendents, so check if you can prove any family links there.

If so, then you might be just a few months away from a top quality second passport at minimal cost.

If that doesn’t apply to you, another option is to put in some time.

You can become a naturalized citizen of many countries simply by establishing residency and spending some time on the ground. Think of it like sweat equity.

In Chile or Panama, for example, you can qualify to apply for naturalization after five years of residency.

Chile is an excellent low-cost option as its citizens can travel visa-free to the US, Canada, Europe, and more.

Panama is a great choice too, and you don’t even need to spend much time on the ground.

Then there are places like Argentina where you can qualify to apply for naturalization after just 2 years.

Bottom line– a second passport is a phenomenal insurance policy that makes sense for anyone.

But like any insurance, the benefit needs to exceed the cost.

So while many of the world’s wealthiest spend hundreds of thousands or millions on a second passport, it’s important to remember that with a bit of time and effort, you can obtain a great citizenship with a very low investment.