What to do when you’ve hit your breaking point 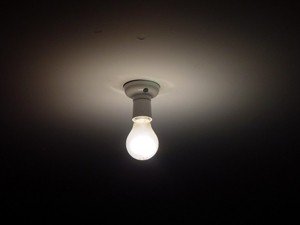 At some point or another, anyone who is even remotely paying attention to reality will likely reach two critical moments of awakening in their lives.

The first is what I call the “Aha! moment”. This is the point at which people realize that there is something terribly, terribly wrong with the system… and that almost everything they’ve been brought up to believe about their government and society is total BS.

The ‘Aha! moment’ is usually brought about by something you learn or read… for example, finding out that your national government is deeply, hopelessly in debt. Or that it is mathematically impossible for you to receive the pension benefits you’ve been promised. Or that your currency is being printed into degeneracy by a single individual.

My own ‘Aha! moment’ came in early 2003. I was an intelligence officer sitting on the Iraqi border waiting for George W. Bush to order coalition forces north. But first he had to convince the rest of the world of his righteousness.

At the time, officials from the Bush administration were pushing hard to make their case for war. But the information they were presenting just didn’t add up. My colleagues and I used to look at each other and ask, “seriously, what WMDs are these people talking about?”

We already knew about chemical munitions. Duh. It was the Americans that had equipped Saddam with those to begin with. But nukes? Total pipe dream. I knew it was BS. And watching the President go on television saying, ‘we know he has nukes’ destroyed everything I had ever believed about government. That was my ‘Aha! moment’.

Typically when people hit their Aha! moments, the next days and weeks are filled with more learning, more reading. Like tugging at a string on a tattered garment, it just keeps unraveling.

The more you read, the more it arouses your curiosity, and the more you read… often jumping to other topics. Freedom. Privacy. Central Banking. Debt. Capital controls. etc.

You soon become so well-informed that you start feeling isolated, surrounded by other people who are still asleep. When you talk to your friends and family, most of them don’t want to hear about your ideas. They think you’re nuts. They haven’t had their ‘Aha! moment’ yet.

Eventually, you learn to keep it all inside. But then, at some point down the road, the second critical moment occurs– the Breaking Point.

The Breaking Point is event driven rather than knowledge driven. It could be from watching your wife or kids get radiated or sexually assaulted by government agents at the airport. Or writing a huge tax check to your government. Or having your bank account frozen by your tax authorities. Or… seeing a man you despise win a national election.

A Breaking Point constitutes the spark which propels people to finally take necessary action… to make them realize “I have to do something.”

My own philosophy is that international diversification should be a major part of any individual solution. When your own country and government are in terminal decline, it makes all the sense in the world to diversify abroad. This is something that the ultra-wealthy have been doing for centuries… but in the digital age, the same opportunities are available to everyone.

For example, why hold your savings in a bankrupt financial institution in your home country when you can open a foreign account in a safe, well capitalized bank overseas? If you have a business, why not use foreign structures to maximize your asset protection and legal tax savings?

Why risk confiscation of gold and silver in your home country when you can store precious metals safely and securely overseas? If you’re concerned about the direction of your home country and currency, why not diversify abroad with high quality real estate?

It’s a big world out there. And while some countries are in serious decline, others are trending higher by the day. Almost every aspect of our lives can now be diversified abroad, and these countries are literally competing for your business.

It’s the way things should be… and the right way to structure a rational solution based on factual analysis.