What will future historians think of our time? 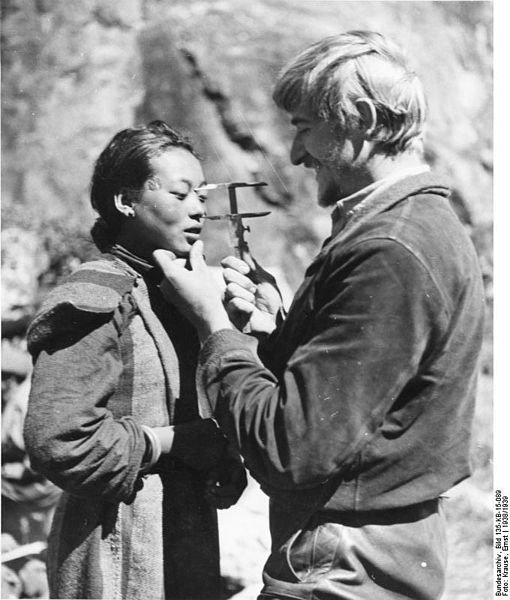 [Editor’s note: While Simon is tied up for the next few days, we’re sending out some of the most popular archives from the past four years of Sovereign Man. This column was originally published in 2012.]

It wasn’t too long ago that renowned scholars invested their entire professional lives studying the “ethnic sciences”.

They’d take cranial measurements of various peoples and pen textbooks to suggest that one race was superior or inferior to another.

Such faux science is generally attributed to Nazi Germany, however these conclusions were commonly accepted facts by most of western civilization at the time.

Ethnic science formed the moral foundations of imperialistic expansion—no one could feel bad conquering and enslaving an entire race if the prevailing science of the day conclusively showed them to be inferior.

Today we are a bit more enlightened. Humanity has progressed, and we can look back on those days with utter incredulity wondering how anyone could have possibly believed such nonsense… how anyone could pass off such ridiculous assertions as real science.

Well guess what… in the future, they’ll probably look back and say the same thing about us. Only this time, our ‘faux science’ is economics.

They’ll wonder with the same incredulity how these ridiculous ideas about reckless spending and conjuring money out of thin air could possibly be considered science… so much so that we actually AWARD PRIZES to these faux-scientists that come up with equations that reinforce their assertions.

They’ll wonder how our political leaders could have been so stupid that they actually allowed these faux-scientists to dictate policy, to control the money supplies of nations, to establish trade and capital controls.

They’ll wonder… and they won’t understand at all… just in the same way that we wonder about the faux racial sciences from two centuries ago.

I’m hopeful that people will wake up one day and understand that it’s a really dumb idea to award such enormous power to a very small group of people.  Unfortunately, I think it will be too late.

You see, politics is really the art and science of managing scarcity. At its very core, politics is built on the premise that resources are scarce and need to be redistributed for maximal ‘social benefit’ (as defined in the sole discretion of the politicians, of course.)

Rather than say, “let’s just make this pie bigger,” politics is based on slicing and re-slicing a small pie across constituents and special interests.

In almost all cases, conflict is the logical conclusion to scarcity when more than one party is involved.

Now we have an entire civilization going bankrupt, and a small minority becoming more wealthy. Haves and Have Nots.

Given the scarcity of wealth, the potential for conflict is very, very real… especially when you consider that the United States military is really the largest derivative contract on the planet, giving Uncle Sam a bit of insurance to support any claim he sees fit.

Hey, maybe I’m wrong. Maybe the skies clear up and the sun starts shining and the unicorns come out to play. Maybe nothing bad ever happens. Maybe.

And… in the far more likely event that western civilization takes a very bad turn, or at least grinds out painfully, slowly for decades, the dividends paid on your efforts will be enormous.