Who are you surrounding yourself with? 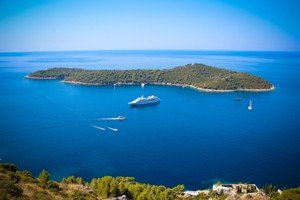 One of the great privileges I’ve had each year for the last several years is hosting several dozen energetic young minds in the Lithuanian countryside for our annual Liberty and Entrepreneurship camp.

This year’s camp just finished yesterday, and it was an amazing experience… the best one we’ve ever had.

We had students from 31 different countries represented… from Australia to Zimbabwe, Iran to Mongolia, Canada to New Zealand. And their drive, integrity, and work ethic were astounding.

Being around such amazing people really renews my optimism in the future.

There’s no doubt that the political and banking establishment has backed the world into a disastrous corner.

As acclaimed fund manager Kyle Bass recently stated, there is ‘no way out’ for this corrupt experiment that we call the global financial system—bankrupt nations addicted to debt and paper currency controlled by a tiny banking elite.

(As an aside, it was one of my great pleasures over the weekend to explain to the group how the central banking system –actually– works, and why it’s a total fraud…)

But even though this system of paper and debt is bound to unwind, it’s productive, talented human beings that will rebuild from the chaos and begin a new global Renaissance.

The unfortunate reality for many of our students, though, is that their usual social circles typically don’t get it.

You might feel the same way—isolated from your friends and neighbors who don’t share the same philosophy and understanding of these issues.

Sometimes it can be a bit lonely. And that’s one of the reasons we hold these camps each year.

In addition to helping provide the students with the knowledge and skills they need to successfully forge their own destinies and create value in the world, it’s a tremendous opportunity for them to build a network of like-minded peers.
This can really make all the difference in the world—developing deep relationships with a group that shares your worldview.

It’s often said that we’re the average of the people we spend the most time around… and, of course, “it’s not what you know, it’s who you know.”

These relationships can be hard to find, but they’re among the most valuable assets we can build.

This is one of the reasons why we’ve been stepping up our efforts to bring our own community together more… through these camps, and at Sovereign Man.

In April, for example, we held our workshop in Santiago where nearly 500 people were able to not only take immediate steps towards internationalization, but also build relationships with each other over the course of a few days.

We also hosted a May event in Texas with Peter Schiff as a special guest, and we’ll have another intimate gathering later this year in Singapore.

The resilient community project that we’re developing in Chile is another great example of bringing together like-minded people—in this case it’s those who are ready to make the jump and live free.

And since geography no longer defines relationships, we’re soon rolling out a brand new online community for members.

So I’d like to hear from you—how important are relationships with like-minded people to you? And what can we do at Sovereign Man to help you make those connections?