Who has the best line of BS? 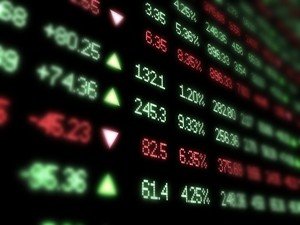 Have you ever noticed how it seems like the public can only handle one major issue at a time?

Ten years ago it was terrorism. Then it became the war in Iraq. Then anthropogenic climate change became all the buzz. Then gas prices went through the roof and people forgot all about the environment.

For the past few years, it’s been the ‘global financial crisis,’ or as I prefer to call it, the end of the grand fiat experiment.

The market, likewise, has an equally limited attention span, and investors seem capable of focusing on only one crisis at a time. For the past few years since the euro crisis broke, attention has shifted regularly… primarily between fiscal woes in Europe, and fiscal woes in the United States.

This cycle has repeated itself with a period of 6-12 months, oscillating between euro fear and dollar fear. The headlines support this. The entire summer was dominated by catastrophic predictions about Europe, and insipid hope that the US economy was recovering, albeit slowly.

Now, with the German Constitutional Court having fully confirmed that the ECB will fight ‘to the last Germany taxpayer’ (in the words of Nigel Farage), and Mr. Bernanke having engaged in QE3, it seems the market’s attention has flipped once again: Europe is fixed, and the US is screwed.

In the last few weeks we’ve seen the euro shoot up over 4% against the dollar and US treasury yields rise, indicating a great shift of capital across the Atlantic. The market has spoken: the coast is clear in Europe. For now.

No doubt, the market’s premise here is fatally flawed. Both of these currencies have deep, fundamental, inescapable weaknesses, underpinned by huge debts and intellectually reprehensible economic theories.

In other words, the fate of trillions of dollars worth of global capital flows which affect exchange rates, interest rates, derivatives, commodity prices, and people’s livelihoods around the world, fundamentally comes down to which one of these two guys has the best line of BS to sell the market.

This is a completely absurd system. And I’m convinced that at some point in the hopefully near future, people will look back and wonder how we could have allowed ourselves to be defrauded like this.

In the meantime, while the big institutions that have to manage hundreds of billions of dollars are trapped within this financial system, you and I can opt out of it. All we have to do is take those silly pieces of paper and trade them for something real like gold and silver.