Why the St. Kitts economic citizenship program’s days may be numbered 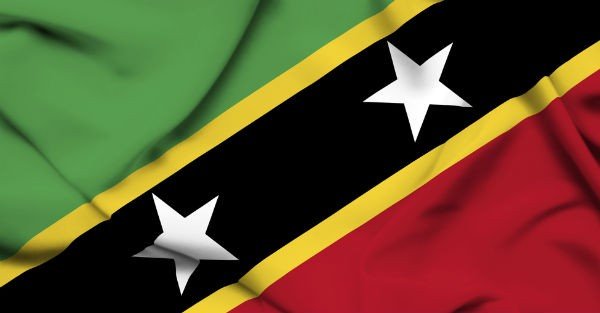 What do you get when you mix Bitcoin Jesus, Marriott, St. Kitts, and terrorists?

It wasn’t but a month ago that I told you about the US government’s opening salvo against the St. Kitts economic citizenship program.

They’re trying to patch up a small scratch that’s turning into a sucking chest wound; thousands of Americans are now renouncing their citizenship and divorcing themselves from the US government.

And along the way, many of them tend to pass through St. Kitts, make a $250,000+ investment, and obtain citizenship there.

For some, this seems like a radical idea. For others, it sounds incredibly liberating.

After all, once these former Americans renounce and become ex-tax slaves, they’re able to live in dozens of countries around the world without having to cough up a huge slice of their earnings to finance war, drones, the NSA, etc.

This is a big leak for the US government… so they seem to have set their crosshairs very squarely on St. Kitts.

I told you about this last month– the Financial Crimes Enforcement Network (FinCEN) fired off an opening salvo, ripping the government of St. Kitts for its “lax controls”, and asserting that “illicit actors” were obtaining citizenship.

This is code, of course, for terrorists.

And since we’re all programmed to quiver in fear at the thought of men in caves, the government can do whatever it wants just by uttering the T-word. After all, the Land of the Free is now a nation that values security far more than liberty.

I signed off last month telling you there would be substantial changes to the program as a result of this. And I was right.

As a start, the government of St. Kitts is now confirming that they have curtailed their ‘fast track’ option… something where people used to be able to pay extra for speedier processing.

It’s also clear that the processing time is going to be much slooooooower.

But now there’s a new development. Bitcoin entrepreneur Roger Ver, aka Bitcoin Jesus, has launched a new business which allows people to invest in the St. Kitts program using Bitcoin, including a real estate investment at the St. Kitts Marriott resort.

I think this is a great idea, particularly for folks who are sitting on huge Bitcoin gains and already bought their fill of duvet covers on Overstock.com.

But Uncle Sam has already made his feelings on Bitcoin quite clear; like the St. Kitts passport, they view Bitcoin as the plaything of criminals, terrorists, tax evaders, and money launderers.

(Apparently legitimate people shouldn’t have multiple passports or own Bitcoin…)

And I’m concerned this will give them even more ammunition to put pressure on St. Kitts. So, yes, I’m expecting even more changes to the program in the coming months.

Having said that, there will still be a lot of great options for obtaining a second passport.

Remember, a second passport is like an insurance policy. Not a lame one that the government requires you to have by law, but one that might really save your ass some day.

But for most folks, it honestly doesn’t make sense to plunk down hundreds of thousands of dollars for a passport, especially if that’s a meaningful percentage of your assets.

There’s a Jason Bourne allure to having a box full of passports. But is it worth all that money? No.

Besides, if you’re lucky, you can trace your bloodline back to an ancestor from Italy, Ireland, Poland, Hungary, etc. and obtain citizenship for almost nothing.

You can also trade time instead of money and become a naturalized citizen of any number of places– Belgium, Singapore, Uruguay, Chile, etc.

And, yes, if you don’t mind swapping hardware with someone, there are also plenty of places (Brazil is a great example) where walking down the aisle can get you a passport as well.

There are plenty of passport options out there for rational, clear-thinking people. And having one is important. Sure, you might not ever need it. And you might never need a seat belt either.

But if the day comes when you do, you’ll be damn glad you have a second passport.