Why you should be excited about national bankruptcy 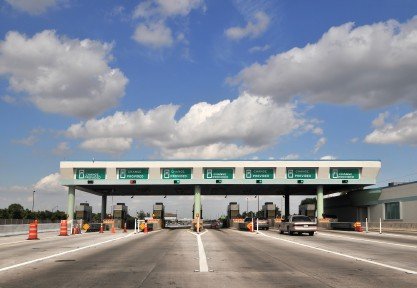 One of the great absurdities of our modern financial system is that a nation living within its means, i.e. spending less than what it confiscates in tax revenue, is no longer the norm.

Living within your means is now considered ‘austerity’. And unfair.

Whether in the UK, Europe, or North America, many voters have become so accustomed to the government’s massive role in the economy, they can’t begin to imagine how it could be scaled back.

You usually hear heavy objections from people like– “What about roads? If we start cutting budgets, there would be no more roads!”

The ‘road argument’ is one of the most widely misused defenses of government… as if there are no private roads in the world.

Chile comes to mind as a great example– the country’s very modern toll-based highway system is privatized, and the operators have a huge profit incentive to keep the roads in top condition.

In fact, the 2 1/2 hour ride from Santiago to our farm is along one of these roads, and it’s smooth sailing the whole way.

A few years ago when Chile had its major earthquake, portions of the highway system were damaged. This meant that the operators were missing out on toll revenue… so they found a solution and were back up and running in a matter of days.

It was amazing how fast they were able to pull it off when so much of their profit was at stake.

When you think about it, just about everything that government provides either is already, or could be, provided by the private sector. That there is presently a private vessel docked at the International Space Station in Low Earth Orbit is the finest testament to this concept.

SpaceX has twice succeeded in launching a vessel into space in its 10-year history with a total of just $1 billion in funding, averaging to $100 million each year… roughly 5.6% of  NASA’s massive budget.

Then there are things like the court system… where the wheels of injustice grind away at such a pedestrian pace that it can take years for a case to even be heard, let alone resolved.

Enter 21st century technology: there’s a relatively new service called Judge.Me, an online arbitration service whose decisions are legally binding in 146 countries, from Afghanistan to Zimbabwe… and yes, including the US, Canada, and Western Europe.

At just $299, disputes can be settled in a matter of days, and the firm’s case history shows that 96% of all arbitration awards have been honored.

This is the sort of thing that makes me very excited– the private sector displacing the public sector. And there’s going to be a lot more of it coming.

The more insolvent governments become, the more they’re going to be forced to axe all the things they can’t afford. We’re already starting to see this in places from California to England that can no longer hide from their fiscal reality.

With the government monopoly out of the way, the private sector will mop up every service that it can turn a profit on– trash collection, security, fire, prisons, libraries, etc. This forces competition, higher quality service, and lower prices for everyone.

The people who protest against austerity, or think it’s a tragedy when a courthouse closes down due to budget constraints, are really missing the larger point: the sooner this corrupt house of cards collapses, the better off we’ll all be.