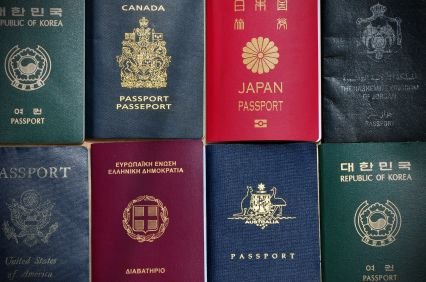 We received a lot of questions from an article last week about obtaining residency from Portugal’s housing market. Let’s explore a bit further–

If you have the means, having a second residency makes a world of sense.

For one, if your home country goes down the tubes quickly, having a bolt hole abroad is a fantastic insurance policy. You’ll never have to worry because you already have a home abroad and legal rights to reside there.

Moreover, in most countries, having residency will put you on a cost effective path to obtaining a second passport, sometimes in as little as 3-5 years.

With a second passport, you’ll have all kinds of additional options for freedom and opportunity… new places you can travel, live, invest, and even bank.

It means that for the rest of your life, and for your future kin in perpetuity, you’ll never again be bound without option to a single government. This has generational benefits.

Not to mention, it’s one of the only credible ways to ensure you don’t end up like Edward Snowden– stuck in limbo without a passport and pinning all of your hopes on Vladimir Putin.

The housing crises across many insolvent European nations presents some interesting opportunities for residency.

From Portugal to Latvia, Ireland to Cyprus, many housing markets in Europe are so devastated that governments are dangling the only attractive carrot they have remaining to lure foreign buyers: residency and citizenship.

As discussed last week, the current rule in Portugal is that foreigners who spend 500,000 euros (roughly $650,000 USD) on a home can qualify for residency.

And after six years, residents qualify to apply for naturalization as a Portuguese citizen… entitling you to one of the best passports in the world, and the right to live anywhere in Europe.

Compared to global housing prices, Portugal is very attractive. As I mentioned, I’ve seen apartments selling for half their construction value, and productive land prices that are cheaper than what I buy in South America. This is incredibly cheap.

In terms of rental yields and price/income ratios, though, Irish home prices are even more attractive.

After a spectacular runup during the boom years, Irish home prices collapsed so painfully that the government had to set up a special agency– the National Asset Management Agency (NAMA)– to deal with all the foreclosed homes on the market.

If you purchase a home worth at least 1 million euros ($1.3 million USD) from NAMA’s inventory of distressed properties, you can qualify for Irish residency.

If NAMA doesn’t have what you’re looking for, you can also purchase a non-NAMA home in Ireland of at least 500,000 euros, and then invest another 500,000 euros in essentially zero-yield government bonds.

Irish residents can apply for naturalization after five years.

Plenty of other countries are doing this with qualification levels ranging from less than $100,000 (Latvia) to several million (Cyprus).

If the capital commitment sounds like a lot, remember that there are plenty of lower cost ways to obtain residency– including forming a company in a place like Lithuania or Estonia.

Across the pond, Panama is one of the easiest places in the world to obtain residency right now. Cost-wise, it only requires a very small bank deposit and some nominal fees… a few thousand dollars tops.

And like the options listed above, it’s possible to qualify for naturalization in Panama after five years, all without ever purchasing a home.

In Chile, you can simply sign a work contract (at negligible cost) to obtain residency, setting yourself up to qualify to apply for naturalization after five years.

So no matter what your situation, there are definitely a number of options on the table.