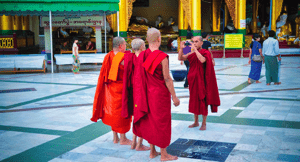 It’s been a couple of years since I’ve been to Lima, and I’m amazed at the growth that has taken place in that time.

It’s not just Peru; there are a lot of growth stories out there, especially in South America and Southeast Asia, the two most exciting places to be right now.

I spend a lot of time in Chile, a country which has the most developed economy and most robust middle class in Latin America. Plus it has NO net debt. Zero.

In Chile, it’s possible for foreigners to find very high paying jobs and easily obtain permission to work. The opportunities to start a business are vast… and wide open for experienced foreigners who can raise the standard of service.

Plus, some of the investment opportunities are almost unparalleled. I’m heavily involved in the agricultural sector where the combination of price, yield, and operating costs are unmatched by anywhere else I’ve seen.

Colombia is also a great example. After decades of being written off, the country’s improved stability, vast domestic market, and resource wealth has created an economic renaissance.

This notion is shocking to foreigners who think Colombia’s economy is nothing but cocaine and kidnapping. And this is why many Colombian asset prices still sell at the “Colombia discount,” the pervasive stigma that clings to the country like a stench.

For example, you can still purchase high quality real estate in Medellin for less than $1,000 per square meter. This is almost as cheap as the cost of construction. Yet the gross rental yields can easily reach 20%.

Venezuela is also a bit of a surprising good news story. With Hugo Chavez shuffling along earnestly from this lifetime, the country may open with renewed economic freedom.

Halfway across the world, we’re already seeing what happens when a country goes from being tightly controlled to increasingly free.

In the 1950s, Myanmar (Burma) was one of the region’s richest countries.  After a few decades of military rule, it was the absolute poorest. Now that the rules are relaxing control, the economy is on fire.

While visiting Burma about 3 months ago, I was struck by the amount pent-up consumer demand being unleashed. 50 million people are furiously buying cars, mobile phones, coffee, and even Coca-Cola for the first time ever.

Across the region the opportunities are similarly enticing. In fact, some investors are starting to use the term LVMC (Laos, Vietnam, Myanmar, Cambodia) instead of BRIC (Brazil, Russia, India, China) to mark the rise of Southeast Asia.