Almost all bankrupt governments eventually realize this. And it’s great for us 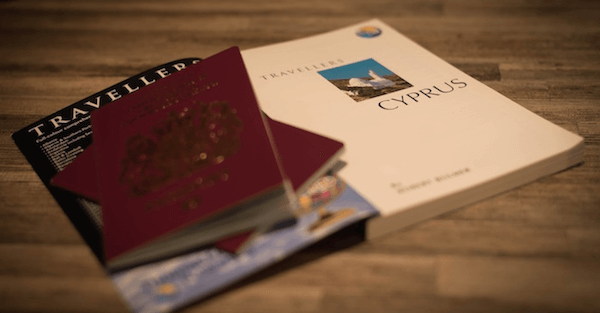 Eighteen centuries ago in the year 212 AD, the Roman Empire was in dire financial straits.

Emperor Caracalla had nearly bankrupted the treasury spending lavishly on his personal proclivities, waging pointless wars, and executing some of Rome’s most productive citizens.

We’re talking about a guy who murdered his brother (Geta) in order to become Emperor, and then had Geta’s name stricken from every official record.

Caracalla made it a capital crime for anyone to even mention his brother’s name.

He also killed anyone he suspected of being disloyal.

As Edward Gibbon describes in his seminal work, Decline and Fall of the Roman Empire:

“[Under Caracalla,] it was a sufficient crime. . . to be descended from a family in which the love of liberty seemed a hereditary quality.”

The only people who prospered under Caracalla were soldiers.

The emperor paid them extremely well to buy their loyalty, and he happily looked the other way as the army pillaged and plundered everywhere they pleased.

Ancient Roman historian Lucius Cassius Dio recounts a famous conversation between Caracalla and his mother Julia, in which Julia says…

“There is no longer any source of revenue, either just or unjust, left to us.”

The emperor responded, “Be of good cheer, mother. For as long as we have this [pointing to his sword], we shall not run short of money.”

He even introduced a new coin called the antoninianus, which was legally worth two denarius coins despite containing only 50% more silver.

Yet despite trying nearly every dirty trick in the book to restore the treasury, Caracalla was still driving Rome to bankruptcy.

So in 212 AD the Emperor issued an edict called the Consitutio Antoninana, effectively granting universal citizenship to all free men living within the Roman Empire.

This was a big deal– Roman citizenship had once been a highly coveted prize that was rarely granted.

For Caracalla, citizenship was merely another tool to enlarge his tax base.

This was one of the first instances in history of a desperate, bankrupt government using residency or citizenship to boost the economy and tax revenue.

We see many more examples of this today.

Here in Europe, both Malta and Cyprus now have ‘citizenship by investment’ programs, whereby a foreigner (quite often wealthy Chinese) can invest a sum of money in exchange for citizenship.

Cyprus is so broke that its entire banking system went bust in 2013, and the government had to resort to freezing EVERYONE’S bank account.

And Malta has racked up severe, unsustainable budget deficits for 19 out of the last 20 years.

Given that the Maltese government approved 214 citizenship-by-investment applications last year at 650,000 euros each, they collected at least 139 million euros from the program.

In other words, Malta’s citizenship-by-investment program is the ONLY reason its government ran a budget surplus last year.

Spain and Portugal are two of the more popular golden residency destinations, and those programs have both been very successful in attracting affluent foreigners.

And a few months ago here in Italy, the government created a “non-domicile” tax regime to attract wealthy foreigners.

Under these new rules, foreigners can earn unlimited income worldwide (subject to a few conditions), yet pay a flat tax to the Italian government of just 100,000 euros.

But if you’re earning, say, 1 million per year, this amounts to an effective tax rate just 10%… as opposed to the 50% tax rate that someone might be paying in Germany or California.

Plus you get to live la dolce vita on Lake Como.

US citizens have an even better option: Puerto Rico.

And a few years ago amid rapidly deteriorating economic conditions, Puerto Rico’s government passed some exciting tax incentive laws to attract affluent foreigners (primarily from the US mainland).

The two most famous incentive laws are Act 20 and Act 22.

These tax incentives are incredible deals, especially for US citizens, due to the way that the IRS exempts certain Americans from paying US tax.

In other words you can legally escape the IRS by becoming a Puerto Rican tax resident. And under current rules you don’t even have to live on the island full time.

What’s really interesting is that, even though Puerto Rico has now effectively declared bankruptcy, the government is doubling down on these incentive programs.

They know the only way out is to attract talented, productive people.

This is the bright side of record debt and government insolvency.

Eventually, a desperate, bankrupt government has no choice but to roll out the red carpet for energetic value creators.