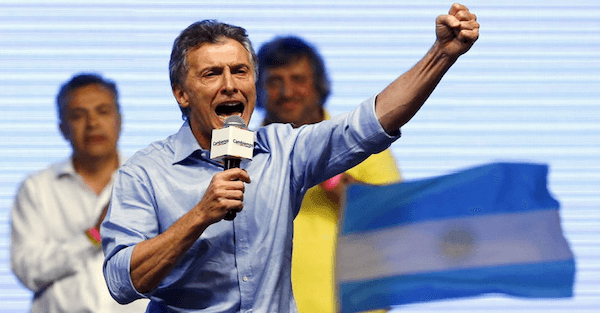 Apparently while I was in the air yesterday flying between Asia and Europe, the financial system proved once again that it believes in magic beans.

The latest absurdity is that the government of Argentina sold $2.75 billion worth of bonds yesterday afternoon.

It’s not strange or unusual for a government to sell bonds; it happens multiple times across the world nearly every single day of the year.

What’s totally insane about yesterday’s bond sale in Argentina, though, is the duration of these particular bonds.

Remember that a bond is similar to a loan; as an investor, you’re basically loaning money to whichever government issues the bond.

And, like a loan, a bond has a maturity date– the date at which the government is supposed to pay you back the “face value” of the bond.

It’s the same with government bonds, which often have a term up to 30 years.

Needless to say, the longer the term, the riskier the bond. Plenty of things can go wrong if you give governments enough time to screw up.

As an example, I own a bank, and I’m obliged to park a portion of my bank’s assets in US government bonds.

So I buy the SHORTEST term bonds that exist: 28-day T-Bills.

As I’ve written many, many times before, the US government is flat broke, so there’s no way I’m loaning Uncle Sam money for 30 years. Or 10 years. Or even 5 years.

There’s way too much that can hit the fan over a longer term period of time.

But I’m reasonably comfortable that Donald Trump isn’t going to default on my bonds within the next 28 days.

Bear in mind that Argentina’s bonds are considered “junk” because of the default likelihood.

In fact Argentina has defaulted twice in the last twenty years, and eight times since its independence in 1816.

At this rate, the country will default four more times over the next century before this bond matures.

And that doesn’t even take into consideration the country’s history of socialism, despotism, genocide, confiscation of foreigners’ assets, capital controls, wealth taxes, falsification of economic data…

But the risks don’t stop there.

Because in addition to taking a huge bet on Argentina, the suckers who bought these bonds yesterday are also taking on US dollar risk.

Argentina didn’t sell its bonds in local currency. The bonds are priced in US dollars.

This means that investors will receive interest payments in US dollars, and final repayment in US dollars… 100 years from now.

This strikes me as especially idiotic. (A better option for investors would have been gold…)

Given the US government’s pitiful financial condition, it seems foolish to bet that the dollar will still be the world’s #1 reserve currency in 2117.

Or that US dollar inflation won’t have eaten away all the returns.

Hell, the dollar might not even exist in 100 years.

But if it weren’t enough to be taking both the Argentina risk AND the US dollar risk, investors are also paying a big premium near the very top of the market.

If you’ve never invested in bonds before, the most important thing to remember is that bond prices and interest rates have an inverse relationship.

So if interest rates go up tomorrow, the value of the bond that you buy today will decline.

And if interest rates keep going up over the coming years (and century), this Argentina 100-year bond will becomes worth less and less.

How likely are rising interest rates?

Well, considering that interest rates are currently near the lowest level they’ve been in the 5,000 year recorded history of our species, falling bond prices are practically guaranteed.

This means that the price investors paid yesterday is more than likely the highest that the bond will ever be valued at… ever.

So basically investors paid a record high price to buy junk debt from a country with a history of default in a currency backed by the largest debtor that has ever existed in the history of the world.

It’s almost worth getting cryogenically frozen just to see how comically bad this turns out.