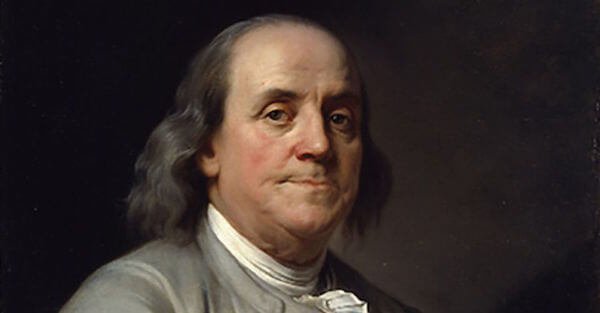 [Editor’s Note: As we’re coming up on the end of the year, we thought it would be appropriate to republish some of our most popular articles from 2017. Today’s was originally published on May 18]

On September 17, 1787 on the final day of the Constitutional Convention in Philadelphia, Benjamin Franklin was approached by a woman as he walked out of Independence Hall.

“Well Doctor, what have we got– a republic, or a monarchy?” she asked.

It was a burning question on everyone’s mind: what form of government would the Constitutional delegates establish for the new country?

Franklin didn’t hesitate. “A republic– if you can keep it.”

(The exchange was noted by Maryland delegate James McHenry and included in the Records of the Federal Convention of 1787.)

The Constitutional Convention had just ended, and it had been a bitter four months as the delegates fought and argued over every single word in the draft.

Factions had developed. Some delegates wanted a federal government with absolute power. Others wanted fewer guaranteed liberties for individuals.

Franklin knew that the representative government he had worked so hard to establish was incredibly fragile, and that it could easily slip away.

It was the same fight two years later when the 1st United States Congress fought over whether or not to establish a Bill of Rights.

As one delegate wrote, “Bill of Rights– useful, but not essential.”

Once again, after months of bitter arguments, Congress finally reached a compromise in September 1789, approving ten Constitutional amendments that guaranteed certain freedoms for the people.

More than two centuries later it’s clear that most of what they worked to achieve has completely changed.

The First Amendment, which ensures that Congress can make no law restricting freedom of speech, press, religion, and peaceable assembly, has become almost a punch line.

Ironically the greatest assault on Free Speech today doesn’t even come from government, but from university students who protest against any ideas they find offensive.

Violence on university campuses is now common as students come out of their Safe Spaces to physically obstruct and violently impede controversial speakers.

Any statement that doesn’t conform to their very narrow agenda is now considered hate speech.

And it’s the students themselves who want any sign of dissent banned, and more mandatory indoctrination of their newspeak ideology.

Then there’s the Second Amendment, which guarantees “the right of the people to keep and bear arms, shall not be infringed.”

This one seems to be under fire on a regular basis, with mainstream media from Rolling Stone to Vanity Fair calling for its outright repeal.

The Third Amendment guarantees that no soldier shall be quartered in any home without the consent of the owner.

This seems almost a quaint, obsolete historical reference at this point given that the US military hasn’t had to be housed among the civilian population… ever.

So, OK, great. The Third Amendment is still in-tact.

Then there’s the Fourth Amendment, which ensures “the Right of the People to be secure in their houses, papers, and effects, against unreasonable searches and seizures, shall not be violated.”

Forget it. The federal government spends tens of billions of dollars each year to illegally spy on EVERYONE, including Americans and American allies. This one is a total joke.

The Fifth Amendment is a big one.

It ensures that no one can be held to answer for a crime, including a felony, without grand jury indictment.

This protection died a few years ago when Barack Obama signed the National Defense Authorization Act for Fiscal Year 2012, which authorized the military detention of US citizens on US soil, no due process required.

The Fifth Amendment also famously protects against self-incrimination, ensuring that an individual cannot be called as a witness against himself.

This provision is also gone, considering that legal precedent now exists for police to force you to give up your mobile phone or computer password.

The Sixth Amendment guarantees due process, that in a criminal trial, “the accused shall enjoy the right to a speedy and public trial, by an impartial jury. . .”

This is now a complete farce given the widespread use of top-secret FISA courts, military detention facilities, and drone-strike assassinations.

The Seventh Amendment guarantees the right to a jury trial if there’s a dispute over property that exceeds $20.

Now, the $20 threshold might be a little bit outdated (not that there’s any inflation!)

But considering that the government has stolen billions of dollars worth property from Americans through Civil Asset Forfeiture in recent years, all without a trial, it seems the Seventh Amendment isn’t worth the paper it’s printed on.

Then there’s the Eight Amendment, which protects against “cruel and unusual punishment.”

I thought about this one the other day when I was walking through the terminal at DFW International Airport.

A sign caught my eye that as prominent displayed on an emergency exit door, warning passers-by that opening the door was a violation of the law and subject to up to one year in prison. 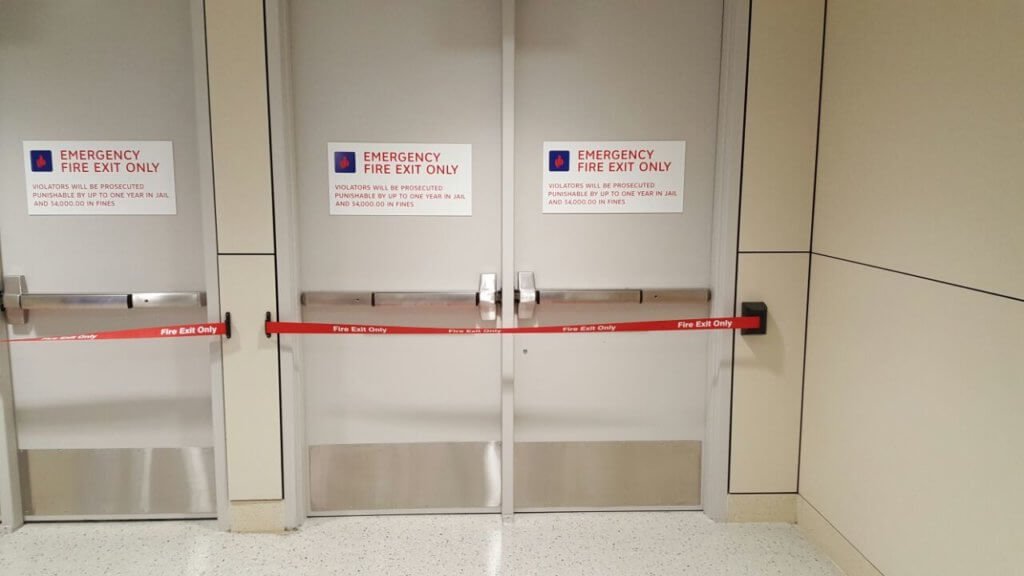 I was dumbfounded. A year in prison for opening a door?

People go to jail and do hard time for smoking certain plants (but not others), failing to file tax forms, and a number of completely obscure and innocuous crimes.

There were four federal crimes when the Constitution was ratified. Today there are thousands. On any given day you and I probably commit several of them without even knowing. And each comes with absolutely insane penalties.

The reality is that you cannot even apply for a passport anymore in the Land of the Free without being threatened with fines and imprisonment.

Last were the Ninth and Tenth Amendments, which were supposed to limit the power of the federal government in favor of the states and the people.

Those went out the window a LONG time ago, especially after 9/11.

Look, don’t get me wrong: I’m not suggesting that America is some vicious, brutal dictatorship. It’s not.

But anyone who has the courage to be honest and objective can see the obvious decay.

Benjamin Franklin’s warning is coming true. And the trend is accelerating.