Just a quick reminder of who’s really in charge 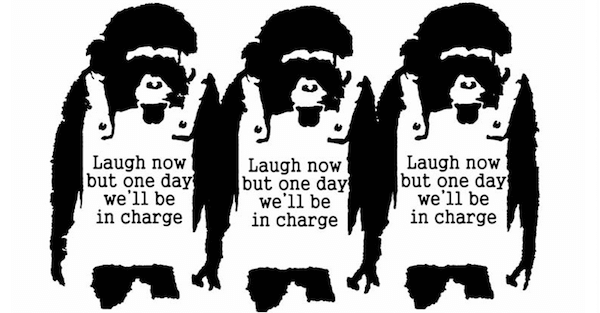 [Editor’s Note: As we’re coming up on the end of the year, we thought it would be appropriate to republish some of our most popular articles. Today’s was originally published on May 3, 2017]

Today the world of banking and finance waited with baited breath for the Federal Reserve in the United States to hike… or not to hike… interest rates.

This happens several times each year as the central bank’s Federal Open Market Committee gathers to set monetary policy in the Land of the Free.

To be clear, there is no greater power over a nation than having control of its money supply and interest rates.

Think about it: interest rates influence just about EVERYTHING in the economy.

Increases in the interest rate even have the power to bring a government to its knees.

This is pretty extraordinary power. And it has been awarded to an unelected committee that has an astonishing track record of getting it wrong.

Former Fed chair Ben Bernanke famously predicted in January 2008 that “the Federal Reserve is currently NOT forecasting a recession.”

It turns out that the recession had officially started one month before in December 2007.

While that’s just one small example, the numbers show that these guys perpetually miss the mark.

Here’s the funny thing– even the Federal Reserve’s own internal study shows that they consistently miss the mark in their projections.

Doesn’t it strike you as odd that our system awards unmitigated control over the economy to a committee that gives its own predictive capabilities a failing grade?

It also raises the question– who exactly are these people?

Five of them are pure academics with almost zero practical experience in the real world.

They live in theory-land. They’ve never had to hire or fire employees, make multi-million dollar business decisions, design products, or compete in the marketplace.

It would be like me reading (or God forbid, writing) several medical textbooks and then being expected to flawlessly perform open-heart surgery.

Three out of the nine members are ex-Goldman Sachs bankers. I will let you draw your own conclusions about that.

And the remaining member is a lawyer and former partner at none other than the Carlyle Group.

So… five academics, three Goldman Sachs guys, and one attorney.

Not exactly a representative cross section of the country that truly understands the needs and machinations of the US economy.

And remember, not a single one of these people was elected to his/her position by the public.

Yet we’re all simply supposed to trust in their good judgment despite a track record of serial inaccuracies.

Yesterday I wrote to you about how hopelessly outdated modern banking is–something I didn’t discover until I started my own bank.

It turns out that most of the infrastructure at banks across the world is built on obsolete, decades-old technological platforms.

But the obsolescence issue in banking is far greater than just technology.

The entire concept of modern central banking– awarding highly centralized control of the money supply and economy to an unelected, out of touch politburo– may be the most outdated anachronism of all…

The good news is that this system is not going to last. The disruption is already happening.

More on that tomorrow.