Tim Price: “the UK today feels like a very strange, and disturbing, place” 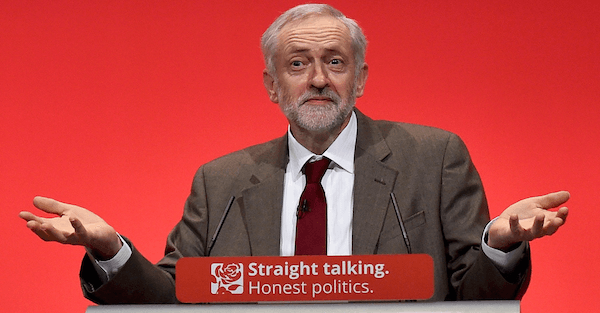 If you have been voting for politicians who promise to give you goodies at someone else’s expense, then you have no right to complain when they take your money and give it to someone else, including themselves.

It is difficult to know where to begin.

In our election last week, 262 British parliamentary seats fell to a party led by Jeremy Corbyn, a self-confessed Socialist.

Corbyn has also publicly supported the IRA, Hizbollah and Hamas.

Yet his message attracted 12.9 million votes while the United Kingdom is under attack by terrorists. It simply beggars belief.

Sir Richard Dearlove, the former head of MI6, the British Secret Intelligence Service, points out that Corbyn, who seeks the office of Prime Minister, would not be cleared to join either his former agency, or GCHQ, or MI5 (the British equivalents of NSA/FBI).

It is said that you get the politicians you deserve. So what on earth did we do to deserve this?

Sadly we are not criticizing a single political party.

While Jeremy Corbyn offered the UK electorate the sort of swivel-eyed Trotskyism that ought to have died out in the 1970s along with flares and safari jackets, Theresa May has been making her own lurch towards the left.

So a plague on both your houses.

Simon Mikhailovich of Tocqueville Bullion Reserve reminds us of those numbers with a sobering tweet:

A bit of math. With the global debt / GDP ratio at 320% and the cost of average debt service at 2%, it takes 6.4% growth per annum just to service the debt. Not happening.

The rise of Socialism will only create more of these financial challenges.

The only sensible and credible responses to the investment challenge of our times can be to diversify broadly, and then invest selectively, and defensively.

(Longstanding readers, along with our clients, will know that we put particular emphasis on Benjamin Graham-style value stocks, systematic trend-following funds, and gold.)

This is also a crisis of education.

How, aside from craven bribery, could so many young Britons flock to the sirens of socialism?

How did so many millions manage to avoid any grasp of history (or choose to ignore it)?

The millennials and Generation Z are right to be angry. They’ve been chewed up by the system.

But last week this anger manifested itself in the form of some socialist Corbyn supporters burning newspapers.

To anyone with a sense of history, the UK today feels like a very strange, and disturbing, place.