We got robbed this weekend 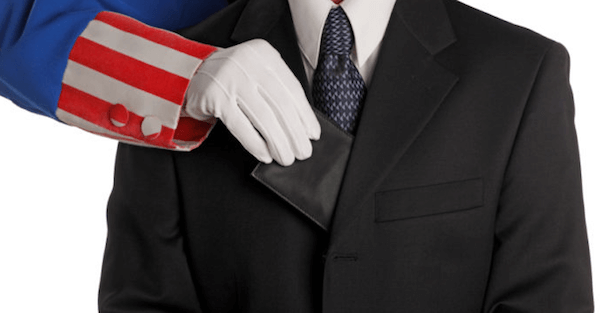 Over the weekend at an amazing, closed-door event that we held here in Las Vegas exclusively for our Total Access members, a number of us got robbed.

It happened on Saturday, which was an intense day packed with a dozen Q&A sessions with the CEOs of exciting private businesses in which we all invested.

But at the end of the day, I treated our group to live entertainment by a gentleman named Apollo Robbins.

And Apollo truly is a gentleman. Or as he fancies himself, a gentleman thief.

Apollo is a professional pickpocket, easily one of the best in the world; and his live performance is one of the most impressive I’ve ever seen.

(I’ll show you a video later– you won’t believe how good he is.)

Apollo starts out his performance by bringing someone on stage at random and pick-pocketing them, live, in front of the entire audience, without the subject ever knowing.

(We still love you Milt!)

Later he’ll go out into the audience and steal people’s wallets, glasses, watches, keys, cash, and just about anything they have in their pockets or on their person.

It’s amazing, because no one has a clue that he’s stealing from them while he’s doing it.

Think about it– this professional thief walks up to you during his live performance. You know with 100% certainty that he is going to try to steal from you.

Obviously your guard goes up instantly.

And yet somehow, even though you know he’s going to steal from you and you’re prepared for it, he still manages to lift everything from your pockets without you knowing.

How does he do it?

Apollo is a master of misdirection, which is essentially a very deliberate form of mind control.

Consider that attention– our brain’s ability to focus on something– is a scarce resource.

It absolutely is. It’s extremely difficult to concentrate on multiple things at the same time.

If you’ve ever been reading a book and found that you don’t remember anything you’ve read for the last several pages because your mind started wandering, you know what I’m talking about.

It’s why the concept of “multi-tasking” is almost impossible; our brains seldom have the ability to split its attention.

You can even try an exercise on your own.

Next time you’re doing something that requires your continuous attention– painting the house, ironing your clothes, etc., invite a friend to join you.

Have your friend ask you some relatively simple math problems while you’re performing your task.

Every three to four math problems, your friend will announce a word. Any word. Blue. Cleveland. Rascal. It doesn’t matter, any word will do.

Then repeat the exercise several times. More math problems followed by a single word, all WHILE you are still performing your other activity.

(Try not to do it while you’re driving!)

At the end of 5-6 iterations, recite all the special words your friend told you to remember.

Can you do it?

Don’t feel bad if you get it wrong, it’s extremely difficult. Again, our brains lack the ability to focus on multiple things at the same time.

This is why I say that attention is a scarce resource.

Apollo has mastered the ability to manipulate people’s attention exactly where he wants it to be, all without anyone realizing what’s going on.

And that’s precisely the reason I invited him. We all have to deal with this sort of manipulation on a daily basis.

Government and media are both extraordinary practitioners of this craft, directing people’s attention away from what they don’t want you to see and channeling your attention on precisely what they want you to focus on.

The mainstream media in particular leads us along day after day, focusing and refocusing our attention in ways that deliberately manipulate public opinion.

The most recent episode has been the firing of former FBI Director James Comey.

The Internet erupted with nearly infinite intellectual diarrhea after the news broke; and countless hours have been wasted reading, writing, and talking about this guy.

Up until just a few days ago, James Comey didn’t matter to anyone on the planet outside of Donald Trump, Hillary Clinton, and handful of people in government.

It’s not like James Comey plays a prominent role in your life or mine. To the average guy, he’s less important than the cable guy.

And yet the media slammed people with practically wall-to-wall coverage of this story, shoving Comey Comey Comey down everyone’s throats.

The depth of that coverage draws our focus away from other issues (particularly long-term challenges) that are far more important, and redirects the scarce resource of attention to some trivial soap opera that’s nothing more than a clever distraction.

They’re pushing you to a conclusion, opinion, or decision that they want, not one that you’ve reached on your own through objective data and truth.

And it happens across media, politics… even finance and investing.

The best way to stop it from happening is to first be aware that it’s happening… and that’s why I invited the gentleman thief to our event over the weekend.

Check it out for yourself– while we didn’t record our private session, you can watch this video one of Apollo’s other performances.

It’s well worth the time to understand how subtle misdirection can be.