This new bubble is even bigger than the subprime fiasco 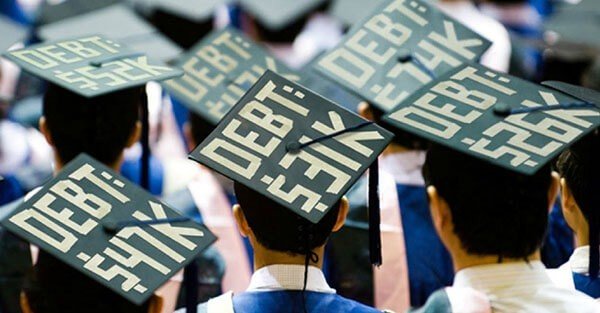 In 1988, a bank called Guardian Savings and Loan made financial history by issuing the first ever “subprime” mortgage bond.

The idea was revolutionary.

The bank essentially took all the mortgages they had loaned to borrowers with bad credit, and pooled everything together into a giant bond that they could then sell to other banks and investors.

The idea caught on, and pretty soon, everyone was doing it.

As Bethany McLean and Joe Nocera describe in their excellent history of the financial crisis (All the Devils are Here), the first subprime bubble hit in the 1990s.

Early subprime lenders like First Alliance Mortgage Company (FAMCO) had spent years making aggressive loans to people with bad credit, and eventually the consequences caught up with them.

FAMCO declared bankruptcy in 2000, and many of its competitors went bust as well.

Wall Street claimed that it had learned its lesson, and the government gave them all a slap on the wrist.

But it didn’t take very long for the madness to start again.

By 2002, banks were already loaning money to high-risk borrowers. And by 2005, all conservative lending standards had been abandoned.

Borrowers with pitiful credit and no job could borrow vast sums of money to buy a house without putting down a single penny.

By 2007, the total value of these subprime loans hit a whopping $1.3 trillion. Remember that number.

And of course, we know what happened the next year: the entire financial system came crashing down.

Duh. It turned out that making $1.3 trillion worth of idiotic loans wasn’t such a good idea.

By 2009, 50% of those subprime mortgages were “underwater”, meaning that borrowers owed more money on the mortgage than the home was worth.

In fact, delinquency rates for ALL mortgages across the country peaked at 11.5% in 2010, which only extended the crisis.

But hey, at least that’s never going to happen again.

Except… I was looking at some data the other day in a slightly different market: student loans.

Over the last decade or so, there’s been an absolute explosion in student loans, growing from $260 billion in 2004 to $1.31 trillion last year.

And just like the subprime mortgages, many student loans are in default.

According to the Fed’s most recent Household Debt and Credit Report, the student loan default rate is 11.2%, almost the same as the peak mortgage default rate in 2010.

This is particularly interesting because student loans essentially have no collateral.

Lenders make loans to students… but it’s not like the students have to pony up their iPhones as security.

That’s what made the subprime debacle so dangerous.

Millions of homes were underwater, so when borrowers didn’t pay, lenders didn’t have sufficient collateral to cover their loan exposure.

With student loans, there is no collateral. Lenders have no security to recoup their loans.

So when students don’t pay, someone is going to take a hit.

That ‘someone’ will likely be you.

That’s because hundreds of billions of dollars of these student loans are either owned or guaranteed by the United States government.

So as borrowers stop making payments, it’s the taxpayer who will suffer yet another massive loss.

Let’s be honest, though, there’s something seriously screwed up with this system.

Young people are pushed into this system by a society that places an irrationally high value on university degrees.

Kids are told for their entire lives that if they study hard to get into a good school, there will be a great career waiting for them.

For many young people this turned out to be a total lie.

In fact, Federal Reserve data once again show that, for at least 25% of college graduates, salaries are no higher than for people with just a high school diploma.

Racking up so much debt hardly seems worth it.

It seems bizarre to begin with that an 18-year old will know what s/he wants to do in life, to the point that they should take on $50,000 in debt for a piece of paper that might not even make them marketable.

What did any of us really know at age 18? And how many of us could have accurately predicted our life’s path?

And yet there’s an absurd amount of pressure to force young people into this system that heaps debt upon them.

If you’re a young person about to go down this path of debt, I’d suggest two alternatives:

There’s a multitude of top-ranked universities around the world that you can attend for a fraction of what you might pay at home. See here, and here.

The master-apprentice relationship worked well for thousands of years. And it’s so simple.

If you want to be successful, learn from successful people.

If you want to be great at something, find someone who’s already great at it and learn from them.

And if you’re not sure, find someone who you respect admire… someone whose activities and values excite you… and make yourself indispensable to that person