12 things the ultra-productive do with their mornings 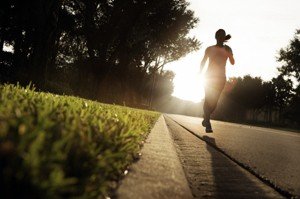 Relatively speaking, night owls are a fairly new concept because before advent of the light bulb, nighttime productivity was nearly impossible. Many people today either categorize themselves as early birds or night owls but in a recent study, researchers discovered the powerful advantages of being early to rise. US News reports on how early birds tend to be happier than night owls and the 12 things most ultra-productive people do with their mornings:

A recent study published in an American Psychological Association journal,Emotion, suggests that early birds are generally happier than night owls. More than 700 respondents, ranging from ages 17 to 79, were surveyed and asked about their emotional state, health, and preferred time of day. Self-professed “morning people” reported feeling happier and healthier than night owls. Researchers hypothesize that one of the reasons could be because society caters to a morning person’s schedule.

1. They make a work to-do list the day before. Many swear by having a written to-do list, but not everyone agrees on when you need to compose it. According to Andrew Jensen, a business efficiency consultant with Sozo Firm in Shrewsbury, Pa., the opportune time to plan a day’s tasks is the night before. “Some people like to do the to-do schedule in the morning, but then they might have already lost office time writing it out,” he says. “It helps to do that to-do schedule the night before. It also will help you sleep better.”

2. They get a full night’s rest. Speaking of sleeping better … lack of sleep affects your concentration level, and therefore, your productivity. Whatever your gold standard is for a “good night’s rest,” strive to meet it every work night. Most health experts advise getting a minimum eight hours of shut-eye each night.

3. They avoid hitting snooze. Petitioning for nine more minutes, then nine more, then another nine is a slippery slope that leads to falling back asleep and falling behind on your morning prep. Ultimately it also leads to lateness. “Anyone can be made into a morning person,” Jensen says. “Anyone can make morning their most productive time. It could be that for the entire week, you set your alarm clock a little bit earlier, and you get out of bed on the first alarm. It may be a pain at first, but eventually you’ll get to the point where you’re getting your seven to eight hours of sleep at night, you’re waking up with all your energy, and accomplishing the things around the house you need to before going to the office.”