China is building a rare-earth monopoly 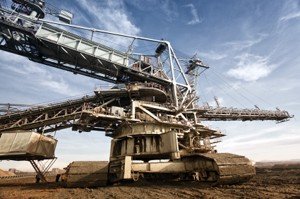 Rare-earth minerals are in increasing demand as their need continues to grow in hardware manufacturing. In order to capitalize on the demand, China has been striking deals with big REM suppliers like Mongolia, North Korea and several African countries. Now that China has secured a foothold on most major producers of rare-earth minerals, it appears they are aiming to drive up the commodity prices by reducing the global supply. CNN reports on China’s attempt to form a rare-earth monopoly:

China will cut production of rare earths — minerals vital for technology makers worldwide — by 20%, a move that threatens to inflame trade tensions between Beijing and Washington.

China changed production rules, which will close down one-third of the nation’s 23 mines and about half of 99 smelting companies, Jia Yinsong, director of the ministry’s rare earths office, told China Daily Wednesday.

China implemented the rules to improve environmental conditions and help consolidate the industry, officials said. The new regulations boost the minimum annual output at mines to 20,000 metric tons and 2,000 tons per year for smelting operation — a move which will weed out smaller operations.

The U.S., Japan and the European Union have complained to the World Trade Organization that China’s rare earths export restrictions violate trade rules.