Entrepreneurial opportunities leave Afghanistan along with the expats 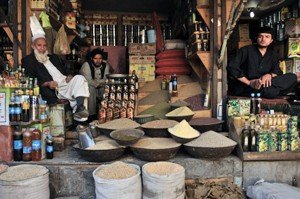 Afghanistan has certainly had a history of ups and downs. From being occupied by the USSR to being occupied by the United States, over the past three decades the Afghan citizens have had their fair share of foreigners. However, as US expats currently leave the country, they take with them a significant demand for products and services. Reuters reports on how this migration of foreigners is affecting the Afghan economy:

Like many other entrepreneurs in an Afghanistan bracing for an exodus of foreign troops and aid workers in two years, D’Cruz thinks business can only get worse at his popular Namaste Indian restaurant, as expat customers vanish.

D’Cruz came to Afghanistan from India after the 2001 ousting of the former Taliban government, convinced the inrush of political change would bring with it a demand from both Afghans and foreigners for services taken for granted elsewhere.

While the Taliban had bought only their own austere brand of oppression, Afghanistan’s new freedoms saw businesses flourish, transforming Kabul from a city of empty, pot-holed streets and ruined suburbs into one of bustling shops and car-choked roads.

The deputy chairman of Afghanistan’s Chamber of Commerce and Industries, Khan Jan Alokozai, said with the end-2014 deadline for NATO’s withdrawal telescoping in, D’Cruz’s worries were being reflected in hotels, restaurants, guest homes and real estate, and even among companies supplying the Afghan and foreign military forces.

Businesses had seen a 40 percent decrease in profits already, with the expectation being only for worse, he said.

“We rebuilt Afghanistan. But we rebuilt it for foreigners,” Alokozai said. “We didn’t look at what our own people needed and now that they are leaving, we’ll have to rebuild it again.”