Former classification czar believes too much is classified 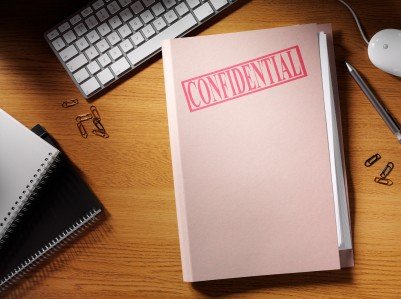 Classified documents and national secrets have been around for hundreds of years. However a growing trend of over-classification is occurring in the US as almost every government document now has some type of classified status. The Electronic Frontier Foundation reports on recently unclassified documents and the absurd lack of reasons for their classification in the first place:

The US classification system is “dysfunctional” and “clearly lacks the ability to differentiate between trivial information and that which can truly damage our nation’s well-being.” Those are not the words of EFF, nor any other government transparency advocate, but instead came from the former classification czar himself.

J. William Leonard, who was in charge of the secrecy system under President George W. Bush, has recently become its most virulent critic. Buoyed by a massive bureaucracy that stamps virtually everything secret, he says it’s so bad the government actions are hurting democracy. And the government, in recent days, has only proven him correct.

Leonard’s complaints stemmed from a recently declassified memo from a now-defunct Espionage Act case against NSA whistleblower Thomas Drake, of which he said, “I have never seen a more willful example” of inappropriate classification. Though a judge rejected Leonard’s lawsuit to make it public, the Washington Post obtained the memo through a Freedom of Information Act request this week. Here’s how they described it:

The now-declassified two-page memo is titled “What a Wonderful Success,” and it contains praise from Gen. Keith B. Alexander, director of the NSA, for agency employees involved in the program. Two paragraphs were marked “secret.” One of them praised the merits of the program and spoke of getting members of Congress to see how it worked. In the other, a team member was lauded for “an excellent job” of briefing Alexander on the program.

Some secrets, indeed. Secrecy expert Steven Aftergood described it as “utterly innocuous and practically devoid of meaningful content. The idea that someone risked decades of prison over this document is an indictment of the agency and its classification policy.”