France is about to experience a mass exodus of wealthy elite 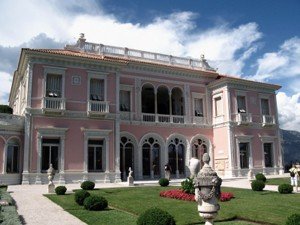 European countries are currently looking for any opportunity to increase government revenues in order to alleviate the growing sovereign debt crises. The French government is going so far as to increase the top tier tax percentage to a ridiculous 75%. This has caused quite a stir among the French elite and many are contemplating their options to even evacuate the country. The New York Times reports on the country’s rising taxes and a candid interview from a French tax advisor:

“We’re getting a lot of calls from high earners who are asking whether they should get out of France,” said Mr. Grandil, a partner at Altexis, which specializes in tax matters for corporations and the wealthy. “Even young, dynamic people pulling in 200,000 euros are wondering whether to remain in a country where making money is not considered a good thing.”

A chill is wafting over France’s business class as Mr. Hollande, the country’s first Socialist president since François Mitterrand in the 1980s, presses a manifesto of patriotism to “pay extra tax to get the country back on its feet again.” The 75 percent tax proposal, which Parliament plans to take up in September, is ostensibly aimed at bolstering French finances as Europe’s long-running debt crisis intensifies.

But because there are relatively few people in France whose income would incur such a tax — perhaps no more than 30,000 in a country of 65 million — the gains might contribute but a small fraction of the 33 billion euros in new revenue the government wants to raise next year to help balance the budget.

Many companies are studying contingency plans to move high-paid executives outside of France, according to consultants, lawyers, accountants and real estate agents — who are highly protective of their clients and decline to identify them by name. They say some executives and wealthy people have already packed up for destinations like Britain, Belgium, Switzerland and the United States, taking their taxable income with them.