Motivational Monday: Where in the world is the next Marissa Mayers? 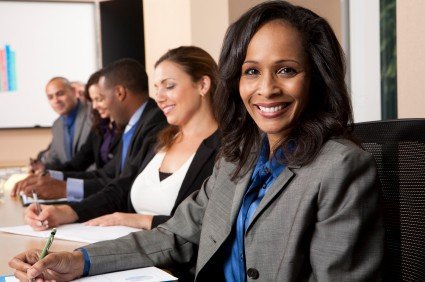 The massive reach of the internet and today’s global technologies have created many entrepreneurial opportunities for people who have never had access before. The indiscriminate nature of technology has also allowed women to break through many long emplaced glass ceilings. CNN reports on Africa’s growing tech boom and the incredible women that are taking full advantage of the rappidly growing trend:

Things are going great for women and it seems the West is slowly shedding its aversion to women in tech, but what’s going on in Africa?

African women can be key power players and the continent’s tech scene is a burning star but there are very few women at the forefront of that supernova.

Tech doesn’t belong to guys and these interesting African women are proving it.

Women like Rapelang Rabana , co-founder of Yeigo Communications, a mobile VoIP company that was integrated into the Telfree group. Rabana is now the Global Head of Research and Development at Telfree. She was also called a tech pioneer by South Africa’s Minister of communication at a conference aimed at promoting technology in Africa.

Then there is Barbara Mallinson, who thought in a world where Facebook is king it was necessary to have a safe social network for young people that could double as an education tool. Her company Obami is an e-learning and communications platform for schools.

Google’s Anita Borg’s Scholars are also young women to watch. Oluwasola Fasan, Maletsabisa Molapo and Joyce Mwangama are all university students based in South Africa and are part of Google’s project to foster women in technology in Africa.

The project was launched in 2004 to honor American computer scientist Anita Borg, who founded the Institute for Women and Technology.