Myanmar’s development is being held back by US congress 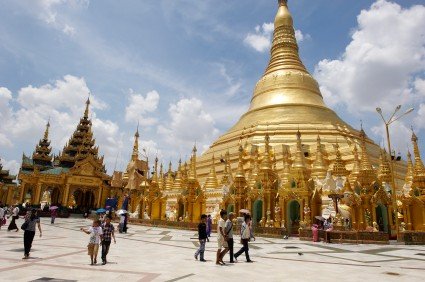 Investors are always looking for the next region to emerge as an economic contender in order to get in at basement prices. Many analysts believe that the improving condition in Myanmar make it rich with opportunity for development.  The United States however still holds restrictions and bans over the country and it appears it will take longer than expected to remove those barriers. Reuters reports on Congress’s decision to extend its ban on imports from Myanmar:

The U.S. House of Representatives voted on Thursday to extend a ban on imports from Myanmar for three years and renew the White House’s authority to waive the restriction if the Southeast Asian nation continues to make political and economic reforms.

Myanmar, also known by its former colonial name of Burma, began emerging last year from decades of isolation when its long-time military dictator, Than Shwe, stepped aside and a quasi-civilian government took over.

The United States has responded by easing some sanctions, starting with a decision last month to allow U.S. companies to invest in Myanmar and provide financial services there.

Other sanctions remain place, including the import ban first passed by the Congress in 2003.