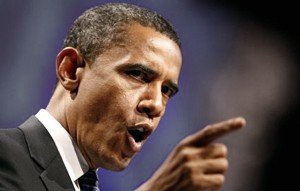 Cronyism is not a new concept in Washington, DC. Mark Twain famously wrote about it in his novel, The Gilded Age, which parodied the the contrast between the massive wealth being made post-Civil War and the severe political corruption that helped fuel it. Today we still have much cronyism within our political system and a recent report from the Government Accountability Institute makes it even more apparent. The Daily Caller reveals:

A new report from the conservative Government Accountability Institute (GAI) finds that President Barack Obama’s and Attorney General Eric Holder’s failure to criminally charge any top Wall Street bankers is likely a result of cronyism inside the Department of Justice and political donations made to Obama’s campaign.

Despite Obama’s and Holder’s “heated rhetoric” against Wall Street (in 2009, Obama blamed the 2008 financial collapse on “reckless speculation of bankers” while Holder charged that “unscrupulous executives, Ponzi scheme operators and common criminals alike have targeted the pocketbooks and retirement accounts of middle class Americans”), they haven’t “filed a single criminal charge against any top executive of an elite financial institution,” GAI wrote in its report, exclusively obtained by The Daily Caller.

GAI said that President Obama’s decision to choose Holder, “a white-collar defense attorney from Covington,” as his attorney general, over a “more fiery prosecutor,” appears to have sent “a subtle signal to the financial community” that this administration isn’t going to actually do anything, despite the harsh words.