‘North Korea is sitting on the goldmine’ 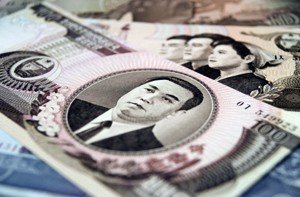 North Korea has had a long history of isolationism and financial struggles. The recent rise in food prices had caused large shortages in the country, however, many people have noticed a surprising increase in North Korea’s capital. What most people don’t realize is that the country is actually extremely rich in natural resources, especially rare earth metals. The Asia Times reports on the potential economic rise of North Korea:

…North Korea is sitting on the goldmine. The northern side of the Korean peninsula is well known for its rocky terrain, with 85% of the country composed of mountains. It hosts sizeable deposits of more than 200 different minerals, of which deposits of coal, iron ore, magnesite, gold ore, zinc ore, copper ore, limestone, molybdenum, and graphite are the largest and have the potential for the development of large-scale mines.

After China, North Korea’s magnesite reserves are the second-largest in the world, and its tungsten deposits are almost the world’s sixth-largest. Still the value of all these resources pales in comparison to prospects that promise the exploration and export of rare earth metals.

Known as “the vitamins of high-tech industries,” REMs are minerals necessary for making everything that we use on a daily basis, such as smartphones, flat-screen TVs, and notebook computers. Some rare earth metals, such as cerium and neodymium, are crucial elements in semiconductors, cars, computers and other advanced technological areas. Other types of REMs can be used to build tanks and airplanes, missiles and lasers.

South Korea estimates the total value of the North’s mineral deposits at more than US$6 trillion. Not surprisingly, despite high political and security tensions, Seoul is showing a growing interest in developing REMs together with Pyongyang.