Obama is turning into Dick Cheney 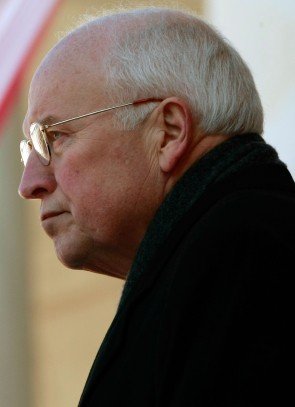 President Obama has drawn comparisons to many leaders, however former Republican Vice President Dick Cheney is a comparison that’s hardly mentioned. Obama’s rhetoric on being independent of foreign oil is very similar to Cheney’s chant back in 2000 and now Obama is following Cheney’s exact blueprint for militaristic energy politics. The Asian Times explains:

As details of his administration’s global war against terrorists, insurgents, and hostile warlords have become more widely known – a war that involves a m้lange of drone attacks, covert operations, and presidentially selected assassinations – President Obama has been compared to President George W Bush in his appetite for military action. “As shown through his stepped-up drone campaign,” Aaron David Miller, an advisor to six secretaries of state, wrote at Foreign Policy, “Barack Obama has become George W Bush on steroids.”

When it comes to international energy politics, however, it is not Bush but his vice president, Dick Cheney, who has been providing the role model for the president. As recent events have demonstrated, Obama’s energy policies globally bear an eerie likeness to Cheney’s, especially in the way he has engaged in the

geopolitics of oil as part of an American global struggle for future dominance among the major powers.

Through his speeches, Congressional testimony, and actions in office, it is possible to reconstruct the geopolitical blueprint that Cheney followed in his career as a top White House strategist – a blueprint that President Obama, eerily enough, now appears to be implementing, despite the many risks involved.

2. Keep control over the oil flow from the Persian Gulf (even if the US gets an ever-diminishing share of its own oil supplies from the region) in order to retain an “economic stranglehold” over other major oil importers.

3. Dominate the sea lanes of Asia, so as to control the flow of oil and other raw materials to America’s potential economic rivals, China and Japan.

4. Promote energy “diversification” in Europe, especially through increased reliance on oil and natural gas supplies from the former Soviet republics of the Caspian Sea basin, in order to reduce Europe’s heavy dependence on Russian oil and gas, along with the political influence this brings Moscow.