Regulations don’t work when the regulators are corrupt too 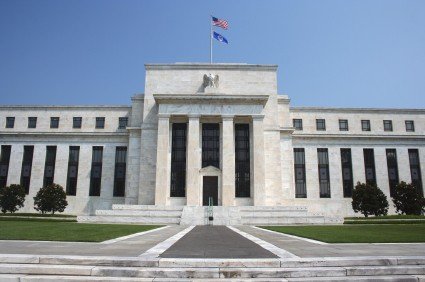 John Adams once famously wrote “If men were angels, no government would be necessary.” In this vein it is logical to conclude that since no man is an angel, it is extremely important to prevent mass power being given to sole individuals. This is especially true in banking. The recent scandal of Barclay’s manipulation of the LIBOR rate has sparked global controversy over the corruption in central banking and that vast opportunities for rate-fixing. The New York Times reports on the Fed involvement and knowledge of the banking corruption:

The Congressional scrutiny of the Federal Reserve intensified this week, as the regulator faced new questions about failing to prevent banks from manipulating interest rates.

In a letter to the New York Fed and the Federal Reserve Board in Washington, Senator Sherrod Brown challenged the regulators to defend their response to the rate-rigging scandal. Mr. Brown has questioned why the New York Fed, despite knowing that some banks were reporting false rates, pushed for broad reforms of the rate-setting process rather than penalizing the illegal behavior.

For their part, Fed officials have argued that they lacked the power to pursue the issue further. Mr. Brown, an outspoken critic of lax regulation, was unconvinced.

“It is difficult to accept the argument that the board has no authority to address this problem,” he wrote. Mr. Brown also outlined a series of questions for the regulators, asking them detail what attempts, if any, they made to thwart the wrongdoing.
Following the Barclays case, House Republicans demanded that the New York Fed detail its knowledge of the wrongdoing at Barclays.

In releasing e-mails and transcripts of phone calls, the regional Fed bank revealed that it learned in April 2008 that Barclays was artificially depressing its Libor rates to deflect concerns about its health. “We know that we’re not posting um, an honest” rate, a Barclays employee told a New York Fed official at the time.

In response, Mr. Geithner pushed changes to the Libor process. He did not, however, refer the illegal actions to the Justice Department.

The various revelations, Mr. Brown said in the letter, raise “troubling questions regarding regulators’ willingness to supervise and regulate the world’s largest banks.”